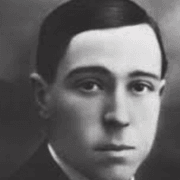 As Lanzarote tackled the coronavirus, the name of one man was in the local news all the time, despite the fact that he died more than 50 years ago. However, there’s no better time to remember Dr José Molina Orosa, the man who the island’s main hospital is named after, and a local hero who devoted his life to fighting illness and saving lives.

José Molina Orosa was born in Arrecife in 1883, just one year before the French anthropologist Rene Verneau published a devastating description of the ill health, poverty, superstition and ignorance that blighted the lives of most Canarians.

Verneau described islands where poverty and begging were widespread and where belief in witchcraft was still prevalent. “In Tías, we’d hardly dined when a crowd of sick people assaulted us. The main complaints were cataracts, elephantiasis and syphilis…” he wrote.

Four years after José’s birth, the first “hospital” on Lanzarote opened, but in reality the Hospital de Dolores was nothing of the sort. A local newspaper described the underfunded building as “a fetid place – a child who ends up here is a dead child.”

Although he was from a relatively wealthy family, the young José did not escape ill health. A muscular paralysis severely affected his legs in childhood and left him walking with a stick in later life, and his medical studies in Cadiz were interrupted by a three-year battle with typhus.

Finally, the young Doctor returned to his native island in 1910 and immediately began a lifetime’s work of revolutionising healthcare on the island.

Molina Orosa’s work took him to every corner of the island, where his skill for rapid, accurate diagnosis became renowned. Just as importantly as individual care, he knew the importance of organising the island’s health facilities and tackling fundamental problems such as hygiene, but it was his house calls – where he would be called on to perform all types of diagnoses and operations, that made him such a wellloved and respected figure.

He has been called a missionary as much as a doctor, for his work in bringing science and reason to an island which still believed in faith healers and witchcraft, but his vocation wasn’t always easy. In 1924 he wrote “flu, mumps… poverty and hunger are written on every face… these plagues and more have fallen upon our island. There’s no meat, no water, and hygiene is absent.”

In 1936, following the outbreak of Civil War, a local commander of Franco’s forces attempted to arrest Dr Molina Orosa for “political motives” with the aim of sending him to Las Palmas (where opponents of Franco were frequently imprisoned or executed). The news spread quickly around the island and so many angry people gathered at Arrecife’s pier that the order was withdrawn.

In 1950, the Hospital Insular in Arrecife was opened, a building that still operates as the second largest public hospital on the island.

This was an achievement that Dr Molina Orosa described as “the one yearning of my life.” He went on to direct the island’s first real hospital until his retirement.

In 1966, the tapping of the beloved doctor’s stick was heard no more, and more than a thousand islanders turned out for the biggest display of public grief ever seen on Lanzarote. A carriage had been laid on to take the doctor’s coffin to the cemetery, but the islanders insisted on shouldering it themselves, taking turns to bear him to his final resting place. A few months after his death, the Fariones Hotel in Puerto del Carmen opened its doors, heralding the greatest change in Lanzarote’s wealth and welfare.

A few years later, César Manrique created a sculpture in honour of the Doctor in front of the Hospital – a massive lump of volcanic rock is supported on another by a narrow, hourglass shaped iron structure, giving the whole artwork the shape of the Canarian drago tree.

In 2008 the General Hospital which had been built on the island in 1989, was finally named in honour of Lanzarote’s most famous doctor.

Make friends and discover Lanzarote on a bike!
Mask use to be extended