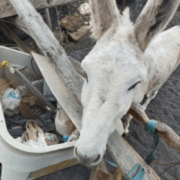 Tías Ayuntamiento has removed three donkeys from a quarry near Montaña Blanca after  animal cruelty campaigners Ademal denounced the poor conditions they were being kept in. Ademal claimed the donkeys had been “abandoned”, in poor conditions with poor hygiene and sanitation. 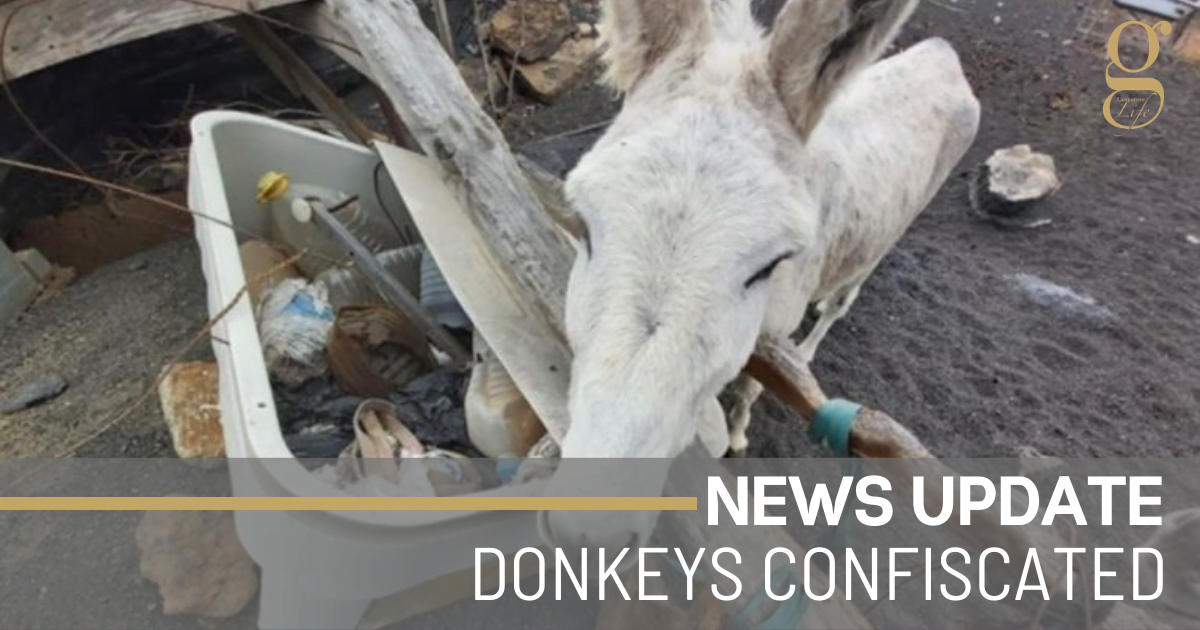 The donkeys were being kept in an area from which volcanic gravel had been extracted, and Ademal reported that this area was full of “rubbish, plastic waste, pieces of wood and plastic and excrement.” Ademal said they had seen no feeding containers, although some “discoloured” water was available.

Three “skinny” dogs were also mentioned in their denuncia, one of which was absent on a subsequent visit to the site

Tías animal welfare councillor, Nicolás Saavedra, said that vet and police reports had indicated that the animals were not in a bad state, but that they had also said that “conditions could be better.” He explained that he had asked the owner if improvements would be made and received a refusal, resulting in the Ayuntamiento’s decision to confiscate the donkeys and seek to have them adopted. The animals were also lacking the microchip that is legally required.

Saavedra explained that the owner had taken charge of the animals as a favour for people who could no longer look after them, and that the donkeys were now in the care of a “gentleman in San Bartolomé who will look after them until someone can be found to take charge of them, give them vaccines and microchip them.”

The dogs has been taken home by the owner, Saavedra explained, and said that they would also be checked for microchips and vaccines, although his department had not seen them.

Turning the corner?
Scroll to top