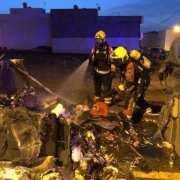 In the early hours of this morning the emergency services were alerted to fires in six containers and a vehicle in Arrecife. 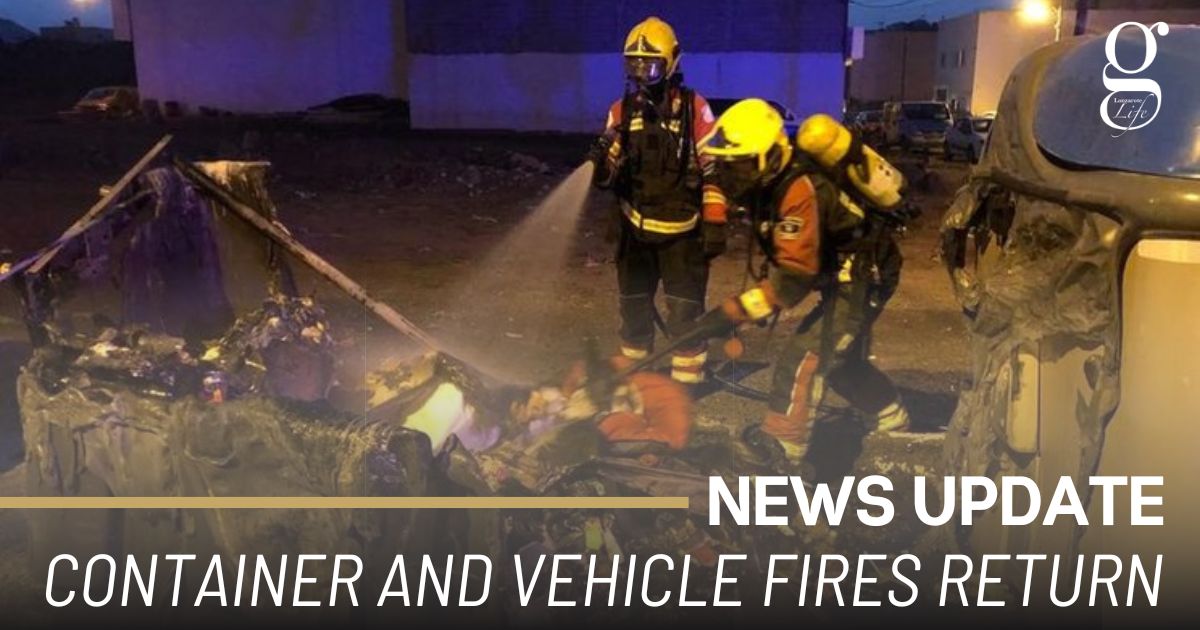 In the past couple of weeks, incidents of container fires in Lanzarote have increased. However, they had momentarily stopped for a couple of days.

Unfortunately, the fires have resumed this morning. In the early hours firefighters were alerted to a vehicle fire and six burning rubbish containers across the capital.

Lastly, at approximately 6:20am, a third fire was reported in Argana. Firefighters arrived at the scene to find four containers which had been destroyed by the fire and were unusable.

All fires were extinguished.

Last week, Lanzarote’s Security Comittee announced that they would meet in order to tackle the spate of arson attacks in recent weeks.

The arranged meeting, by the island’s Government Delegation, was attended by the island’s seven mayors, its seven local police chiefs, representatives from the Guardia Civil, the National Police and the Consortium of Security and Emergencies (fire brigade), and the Cabildo’s waste disposal councillor.

“This is a serious problem that affects the whole island,” said Arrecife’s Mayor Astrid Pérez, “The best way to address it is that all the island’s public corporations take part and work together to wipe it out.”

Preparations for the Prime Minister
Scroll to top