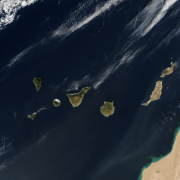 The Canary Islands continue to perform well in the battle against coronavirus, while the month of July saw the amount of new cases in Spain increase by four times.

Spain ended its state of alarm on June 21st, entering a “new normality” in which the country would have to learn to live alongside the virus. In June, there were 9,842 new cases in Spain – an average of 328 a day. In July, however, that number shot up to an average 1,266 cases a day, giving a total of 99,251. Most worrying is that these figures are on the increase, with over 1,500 new cases reported on Friday – the highest amount since April.

Nevertheless, most of these new cases are the results of outbreaks that are concentrated in three north-eastern regions of Spain – Catalonia, Aragon and Navarra. Spain’s health ministry also claims that the increase in cases is a result of increased testing. However, unlike Donald Trump, who has suggested reducing testing to cut down figures, this has never been considered in Spain.

It remains to be seen whether the leap in figures in July will result in a significant increase in deaths. The new cases are much younger on average than the victims of the first wave of coronavirus in March and April, and many are asymptomatic or suffer from mild symptoms.

Meanwhile, in the Canaries, cases remain manageable and the province of Las Palmas posted one of the lowest accumulated incidences of coronavirus in the country in Week 30, (from 20th to 26th July). In that week Lanzarote’s province had 1.16 cases per 100,000 people.    In comparison, the worst affected province of Catalonia, Lleida, saw 202 cases per 100,000 in the same week.

The Canaries currently has 133 active cases, of which 14 are in hospital and one in intensive care. The most recent figures show that 12 new cases were registered and five patients were declared to have recovered from the virus.  On Lanzarote, just eleven active cases remain, eight of which are migrants who have never been in contact with the local general population.

Make friends and discover Lanzarote on a bike!
Testing tax?