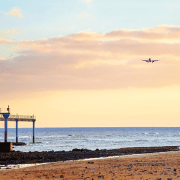 As tourism starts again in the Canaries, the islands currently boast the best record of dealing with the virus in Spain. However, the pandemic is far from over, and Canarian reliance on tourism means that the fate of the Canaries is inextricably entwined with that of mainland Spain, the UK, and many other countries

Only two people are currently in hospital with coronavirus on the Canaries. One is in intensive care and other on a specially prepared ward.  The islands currently have 60 active cases, and the other 58 are all in isolation. There are currently no active cases on Lanzarote, La Palma, La Gomera or El Hierro.

Out of the total of 2,445 positive cases on the Canary Islands since the pandemic began, 2,223 have fully recovered, 60 remain active and 162 have died. Currently, no one had died of the virus on the islands for 20 days.

The positive figures on the islands contrast with worryingly negative trends on the Spanish mainland, where 66 localised outbreaks have been detected and figures suggest that the virus is propagating more rapidly than it was in mid-June. Madrid has returned to being the worst-affected region, and a number of outbreaks in workplaces have raised concern.

Spain’s Health Ministry says that only 12 of the current clusters are “of interest”, and that the rest have been adequately contained. Only one cluster has occurred on the Canaries: this was the result of positive cases arriving at Fuerteventura in pateras (boats used by migrants) from the Moroccan coast, and the victims have been successfully isolated.

Nevertheless, the risks of future contagion exist, especially as much-needed planes full of tourists start to return to the islands. Experts have now generally agreed that PCR testing at airports is both too impractical and too unreliable to be a possibility, and efforts will instead be focussed on rapid detection and containment of the virus, with tourists required to inform authorities of their whereabouts during their holiday.

Those tourists are likely to be more numerous from now on, as the UK will abolish quarantine requirements on travellers returning from Spain and several other countries. The expected announcement was made yesterday, and will permit holiday makers to return straight to their normal activities on returning to Britain.

However, the UK’s refusal to lower quarantine requirements for arrivals from Portugal highlights that these decisions are made according to the performance of each country as a whole. Portugal’s most popular tourist region, the Algarve, has also dealt with the pandemic well, with most Portuguese cases occurring in Lisbon and the north. It’s a sobering reminder that the excellent record of the Canary Islands may not prevent them from the repercussions of a possible second wave in Spain.

Sara Dog of the Month: César
Scroll to top