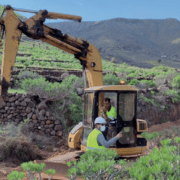 Ecologists have denounced works that took place in the Barranco de Chafariz in Haría, just as the birds in the valley begin their nesting season. 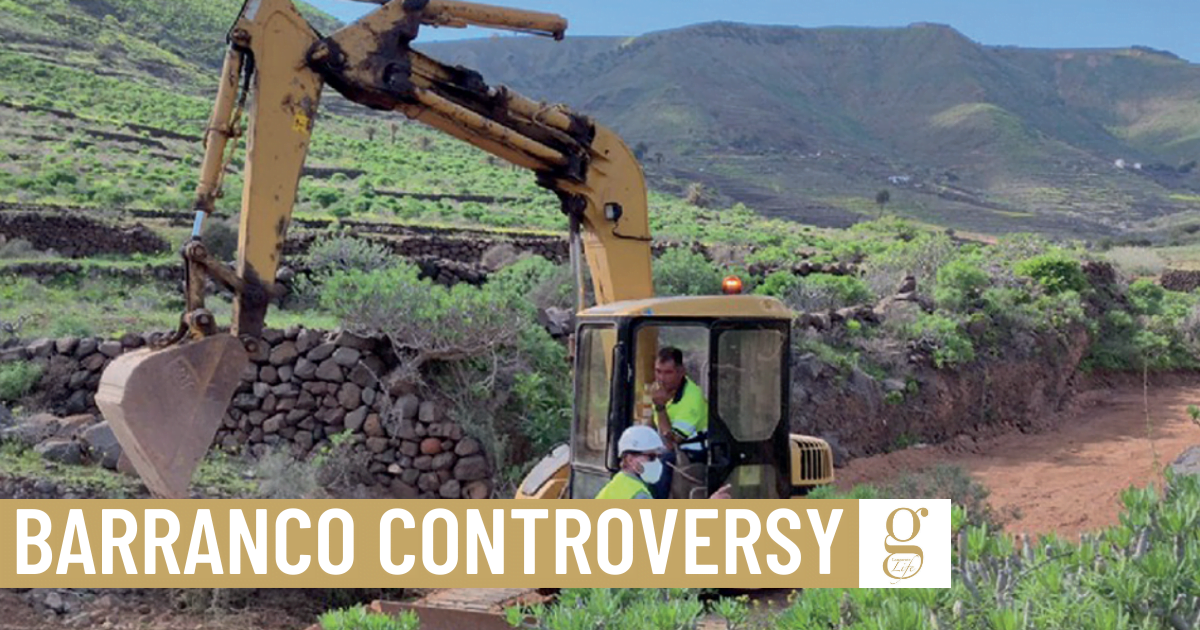 “Chafariz” is an ancient Canarian word meaning “spring”, and it’s appropriate for the valley in Haría, which channels rainfall down from the highest parts of the island to Tabayesco. Also known as the Barranco de Temisas, it’s one of Lanzarote’s greenest areas and is currently greener than ever, following the rains of Storm Filomena earlier this year. After two years of drought, the barranco has sprung back into life.

The valley is a birdwatchers’ paradise, where Berthelot’s pipits, Barbary partridges, ravens, hoopoes, kestrels, barn owls and, occasionally Eleanor’s falcons, can be seen, and many of those birds are now taking advantage of the recent rains to build nests. The terrain in the valley, full of crumbling stone walls from abandoned terrace farming, is perfect for the nests of many species.

But in January, the sound of birds and bees was joined by the roar of diggers and rollers, as the Cabildo chose precisely this moment to send heavy machinery up the valley to concrete the ravine floor and shore up its walls. The project, which will cost €174,000 of public money, has been ordered by the island’s Water Consortium, a committee of politicians within the Cabildo, and the island’s water councillor, Andrés Stinga, has said that the works are being carried out because “excessive vegetation and damaged walls” are obstructing the flow of water and causing flooding in the valley.

However, Ecologists in Action Lanzarote are campaigning against the works. As well as the environmental impact on birds – many of which are protected species – during nesting season, they also question whether the works will succeed in their aim to reduce flooding, pointing out that the concrete floor will prevent absorption of water and channel it down to Tabayesco with more force.

The works are worth €170,000 and have been awarded to Terra Civil SL. This company’s owner, Jaime Rodríguez, already has a conviction for environmental offences, as he was one of ten men found guilty of killing and eating seabirds on the island of Alegranza in 2015.

Ecologists In Action Lanzarote have asked the Cabildo to produce an environmental impact report for the project, but their requests have so far been ignored. They have also requested technical reports for the project and details of who approved, formulated and commissioned the project.