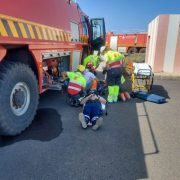 After an inter-island passenger plane’s first landing attempt at Lanzarote’s César Manrique Airport was refused, it circled round and collided with a light aircraft carrying two people. 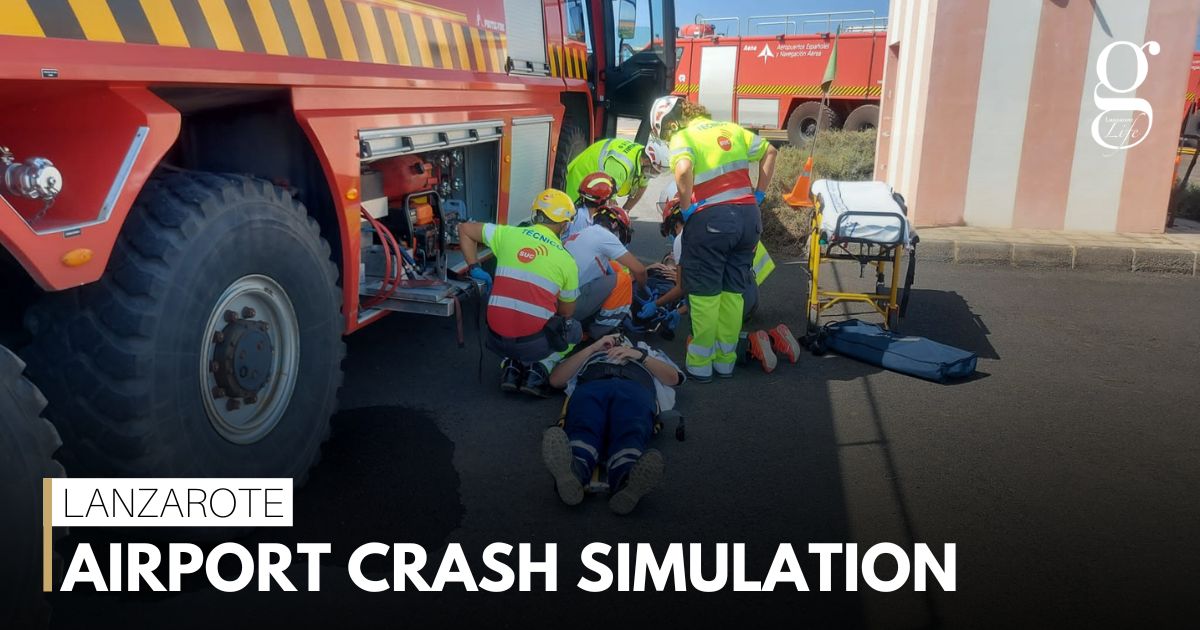 The light aircraft plunged into the sea while the passenger plane managed to make a landing, but left the runway and burst into flames.

This was the scenario of the simulated accident response exercise that took place at Lanzarote’s Airport yesterday, which was carried out by AENA with the collaboration of the emergency services on the island.

In the exercise, five people were declared “dead”; two were “seriously wounded” and 10 were “lightly injured”.

The victims, played by volunteers, were moved to rooms that had been rapidly adapted for medical treatment, and a crisis room was also set up.

Exercises such as this are periodically required in order that the airport complies with International Civil Aviation Authority regulations.

However, the sight of flames and emergency vehicles caused worries and speculation among observers who were unaware that an exercise was underway.