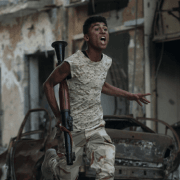 The ten years since the start of 2010 have seen immense changes in the world, and they’ve affected each one of our lives here on Lanzarote as much as anywhere. We look back at a decade of conflict and turmoil.

When a Tunisian street seller set himself on fire in 2010 as a protest against corruption, he started a wave that would sweep the Arab world and, ultimately, cause conflict and displacement on a massive scale.

Soon, both Libya and Syria were suffering bloody civil wars and millions of refugees were trying to escape the chaos. The resulting wave of migration has changed the face of politics, contributing to the rise of right-wing populist parties in Europe and acting as one of the main reasons for the Brexit vote.

However, conflict is not the only reason for migration. Vast parts of the world remain poor, undeveloped and corrupt, with little or no future for young people. As long as these inequalities exist, people will get on their bikes or their boats to seek a better future.

At the start of the decade, left wing governments in the UK and Spain paid the price for the crisis and were replaced by Conservative governments which applied strict austerity measures. In Spain this led to an explosion of anger that filled every square in the country and gave rise to the Indignados movement, which would be copied around the world.

In the UK, anger was directed against the EU, with the Leave side winning 2016’s Brexit referendum against all expectations. Brexit has dominated British affairs ever since, and its legacy will continue.

In America, a reality TV star was elected as President, and Donald Trump changed the way politics is done forever, for good or bad…

Ten years ago, most people were still watching terrestrial TV channels or DVDs, listening to CDs and reading books on their Kindles. Nowadays, it’s all Netflix and Spotify and real books are making a comeback. Technology moves fast nowadays, and 10 years ago nobody would have recognised the words Instagram, Alexa, Siri, Uber, Airbnb or Pokemon Go.

Ten years ago Ed Sheeran was a busker, Taylor Swift was a country singer and Ariana Grande was a kid’s TV star – the decade has seen them rise to the top of their fields, while older stars – from the Rolling Stones to Beyoncé – remain as popular as ever.

A Decade on an Island

On Lanzarote, the last ten years have mainly been about one thing – overcoming the devastating financial crisis of 2008. That crisis coincided with the island’s largest corruption scandal, and both events are still having repercussions today.

The crisis meant that money simply wasn’t there for big projects, so the island focused instead on renovating and improving what it already had. It has also made huge bounds in terms of promoting itself as a sporting and food destination.

Lanzarote and the Canaries head into the 2020s under the command of new governments which face the challenges of balancing the demands of a tourist economy with an increasingly urgent environmental commitment.

Emergency calls from the wild
The Year Ahead

Free To Go
Scroll to top