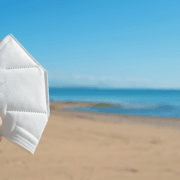 Spain’s national random antibody test for Covid-19 has revealed that 1.7% of Lanzarote residents have been exposed to the virus.

This figure, which would work out at around 2,700 islanders, is far higher than the officially confirmed 88 cases that the island had registered at the time of writing.

However, it has been confirmed by members of the tracing team at Arrecife’s Dr José Molina Orosa Hospital, who say the number corresponds to the amount of islanders who reported symptoms. Most of these were monitored closely while isolating at home, but have never received a PCR test for the virus that would confirm them as official cases.

The project also showed the unpredictability of the virus: 20% of those who said they had suffered from coronavirus tested negative for antibodies, suggesting that immunity may not be guaranteed by suffering from the illness, or that the testing process is faulty. Meanwhile 2.8% of subjects who had antibodies said they had suffered no symptoms at all and had experienced Covid-19 without knowing it.