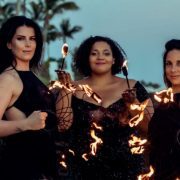 The Missfits are three Lanzarote mums who want to bring the best of cabaret and burlesque to Lanzarote. We met up with them recently on the lovely seafront at Playa Honda. 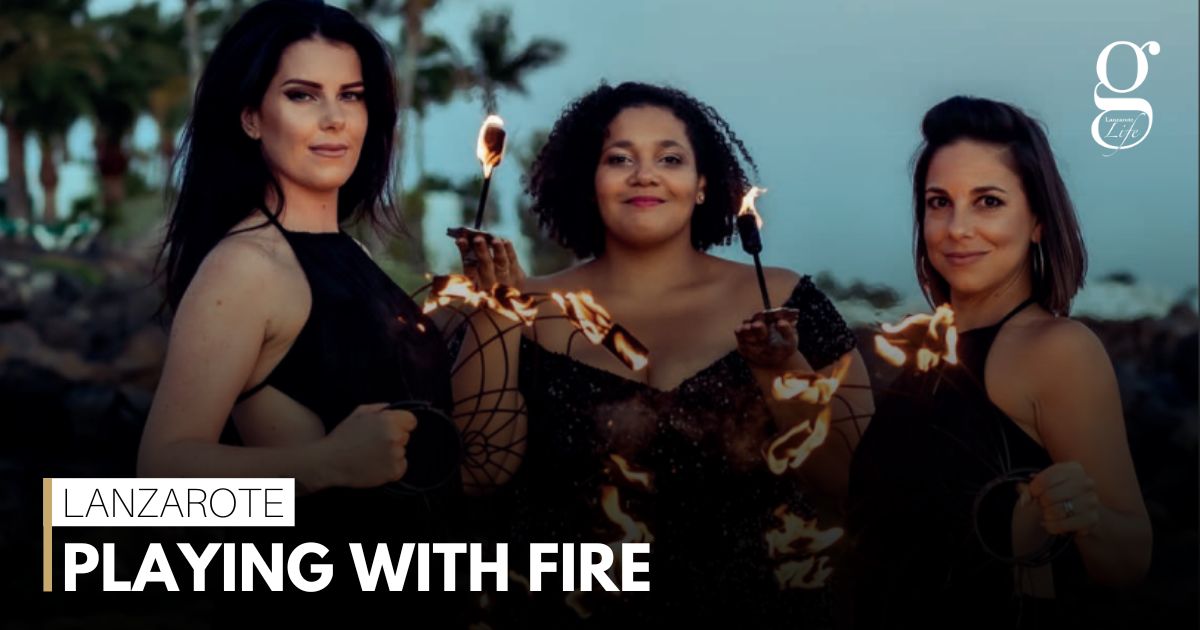 The three Missfits are Michelle, Amy and George, three British women who have all arrived and made their lives on Lanzarote, and are raising families on the island.

They met each other while performing as dancers and singers in places like Rancho Texas, and a shared love of cabaret and burlesque, as well as tight friendship, led them to form The Missfits. They’re supported at home by their partners, who they call the “Mr. Missfits”, and who perform duties ranging from childcare and transport to security and photography.

Before the Covid pandemic hit, they were performing at Oceans in Matagorda, but the lockdown and a new baby for George has meant they’ve been a little quiet since. But it’s clear that they’re raring to get back on stage and doing what they love as a team.

All of them love burlesque, and the retro-styled versions of modern hits that are performed by the Post-Modern Jukebox company. Circus is another love, and they’ve headed over to mainland Spain to see Cirque du Soleil.

I’d heard about their antics with twirling fire sticks, and they explain that it’s not all they do, but it’s an exciting part of some routines. “But you don’t actually do fireeating or flame-breathing?” I ask.

“Yes!” they cry. Michelle even rolls down her sleeve to show me the burn scars she’s suffered from the flames. George admits that, as the main singer, she doesn’t get involved as much with the fiery stuff as the dancers.

They love musicals, and think this is an area where Lanzarote is lacking. “We don’t want to go out and do Sweet Caroline again,” they say. “We’ve performed songs from Moulin Rouge and Chicago, and they’ve gone down brilliantly.”

A Sister Act tribute, in full nun costume, is one of their favourite routines.

The Missfits also love performing with other acts on the island, and last year put on a 20s-themed Great Gatsby show with sax hero Jake Hanson (who Michelle admits to having once babysat a few years ago when he was a boy!).

Shows such as the ones The Missfits stage on don’t happen overnight. They tell me that , when one of them gets an idea, they get in touch with each other and start a new book – then show me one of the books in question, a notepad full of notes and ideas.

“People don’t realise how much work is involved,” says Amy. “Every show needs planning, you have to learn the words, choreograph the routines, rehearse everything over and over, and prepare the costumes.”

All three light up at the mention of costumes. “We love it,” says Amy “The sparkles, the glamour, the sequins, the rhinestones…”

“All fire-resistant, of course,” adds Michelle.

“So what’s the dream then?” I ask, and their answer is unanimous. “We’d love to have a regular venue and work as residents there, alongside other performers.” It’s a dream that would allow them to do what they really want to do, together, as friends and companions. And it’s a flame that they will not allow to go out.

Flying back to the past
Scroll to top