We all love Indian food, but how much do we really know about one of the most varied and sensual cuisines in the world? We met up with Ramesh, the owner of Indian Delights in Playa Blanca, and his wife Sara, to find out a bit more… 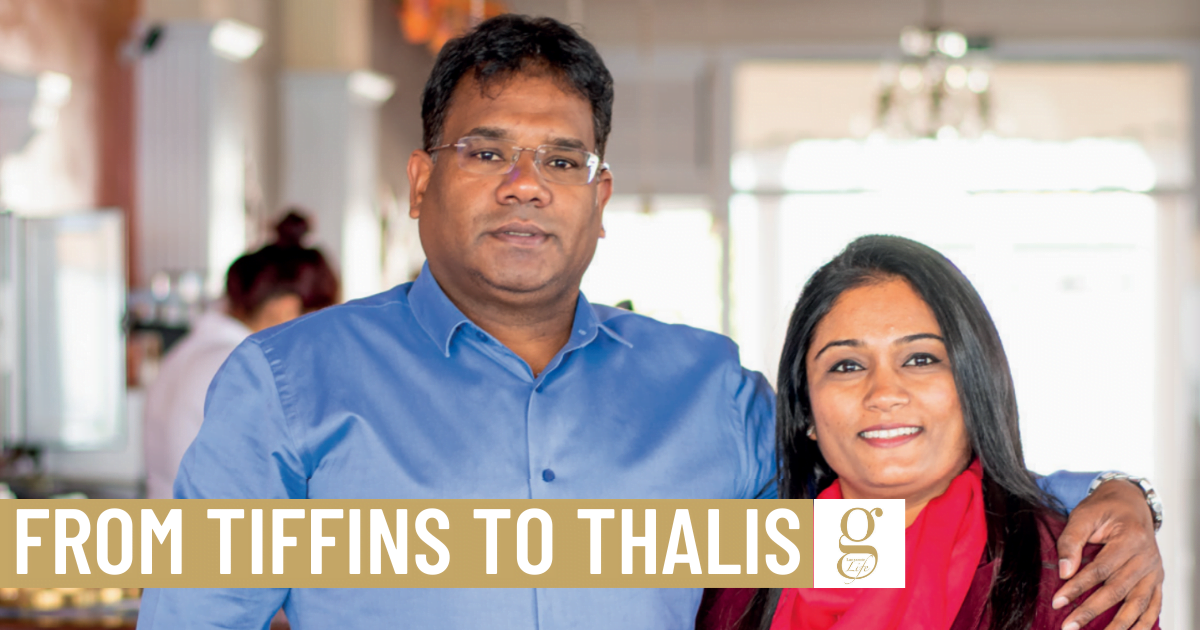 Sara and Ramesh, where are you both from?

Sara: I come from the western region of Maharastra, famous for its capital Mumbai, while Ramesh hails from the Bangalore region in the south, where ingredients such as coconut and peanuts are important.

What sort of meals would the average Indian eat during the day?

Sara: Here on Lanzarote, I start the day with a cup of chai, (Indian spiced tea), while Ramesh will have black tea with ginger, sugar, maybe some cloves, and maybe a couple of chapatis. I also love the idli, sambar and chutney that is sold as tiffin (mid-morning meal) all over India. Idli are white, steamed savoury cakes made from fermented rice and lentil batter. They’re eaten with a sambar, which is a rich lentil and vegetable stew, and accompanied by chutney.

Ramesh: Masala dhosa are light, crispy pancakes made of the same batter, and filled with a lentil and potato mix.

These sound as though they’re vegetarian.

Ramesh: India is full of vegetarians, and any business that wants to succeed will cater for them. And it’s important to point out that this is street food – most Indians won’t have time or energy to prepare idli and sambar in their home, they’ll buy it from street vendors, just as the Spanish often have a light breakfast in a café or bar.

Sara: We’d usually have a simple lunch of rice dal or sambar, accompanied by some meat perhaps, such as pepper chicken.

Sara: We’ll have a tiffin – a light afternoon snack, and the evening meal will be chapatis, vegetables and rice.

So the lavish curries and thali dishes that are served in Indian restaurants aren’t an everyday thing?

Ramesh: No, these are usually for a special occasion, and a thali involves so much preparation that it will only be served on special occasions, or, of course, in restaurants.

Are there any ingredients you can’t find on Lanzarote?

Sara: Not really. It’s hard to get hold of fresh curry leaves, which are important for south Indian cooking. We’ve got a supply, but I’ve tried to grow them myself and failed, because of the wind. Fresh fenugreek leaves are hard to find, too.

Ramesh: It depends on where they’re from – south India, for example, likes spicier food than other regions. But I have a Colombian friend who sells chillies that no Indian would ever eat because they’re too hot. And, of course, there are the British diners who order a faal – I always ask them four of five times if they’re absolutely sure, because this recipe is far too hot for any Indian.

What do you think is the most important spice?

Sara: Turmeric. Each and every meal, and especially meat dishes, starts with turmeric because it is so healthy and has an antiseptic effect.

You mention health a lot. Is it an important part of Indian cooking?

Ramesh: Of course. But it’s more than just healthy ingredients. There are also ayurvedic principles involved in balancing spice mixes in masalas, for example.

And a piece of equipment you can’t do without?

Sara: A pressure cooker. They’re not fashionable in Britain, but they’re used every single day in Indian kitchens, for pulses and long-cooked meat stews.

Why don’t the Indian meals I prepare at home taste as good as those in restaurants?

Ramesh: Probably because you haven’t marinated the meat or fish for long enough. Every meat, chicken or fish dish we serve will have been marinated for hours – that’s what brings taste and flavour. Also, yoghurt marinades help to soften and tenderise meat.

Sara: Ginger and garlic paste is essential. It’s half-and-half ginger and garlic with a little oil, and it’s used in so many dishes. We prepare a batch every few days and keep it in the fridge to use whenever we need.

Which other cuisines do you like when you’re not eating Indian?

Ramesh: Spanish food! I like it so much I once opened a Spanish restaurant in India.

The magic numbers
Scroll to top