Enrique Espinosa has been in charge of Lanzarote’s Emergency Services Consortium for ten years. Located in the fire station in Arrecife, the consortium is the nerve centre of all emergency responses on Lanzarote. We spoke to Enrique last month. 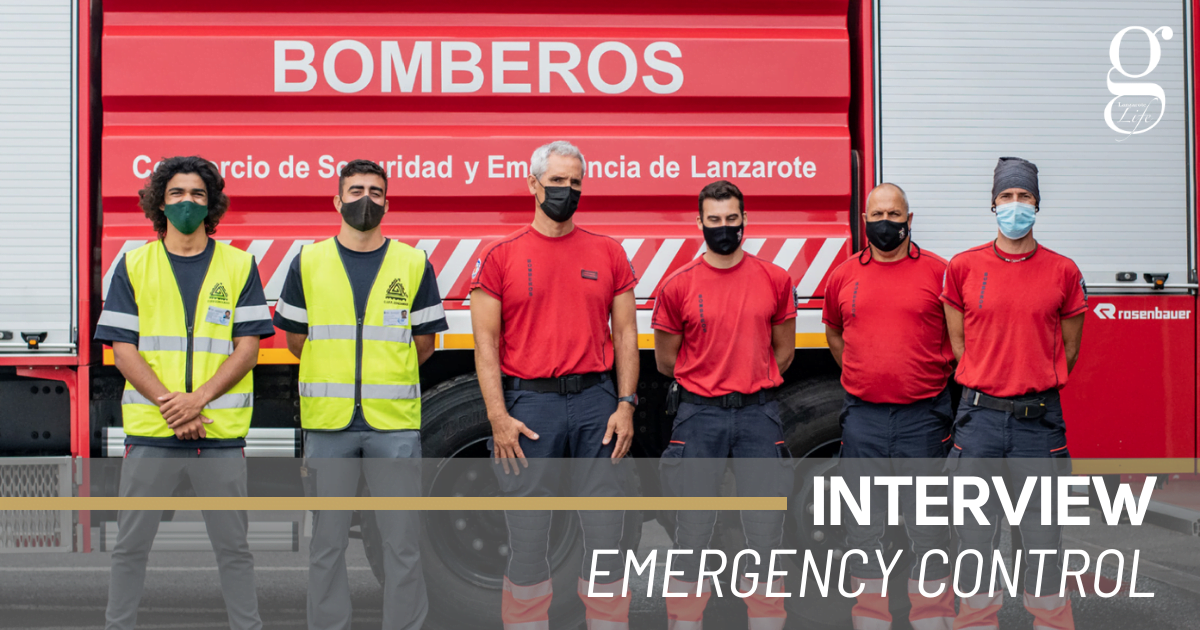 Enrique, which type of emergencies do the fire services attend?

All sorts: fires, ranging from house blazes to wheelie bin fires, vehicle extraction, entering houses and buildings, floods, and several other incidents including rescues of dogs and cats.

How fast is the average response time?

With the station here and another in Uga, down in Yaiza, we can reach anywhere on the island within 20 minutes. There are five shifts in operation here and three in Yaiza, so a 24 hour service is guaranteed.

How do you work with other emergency organisations, such as Emerlan, Cruz Roja and the police?

Everything comes through us, and there’s a lot of collaboration. We’ll assess a situation and then contact whoever is necessary to get the best response.

How safe do you think the island is in general?

The last major fire we suffered on Lanzarote was the Gran Hotel, in 1994. The island has grown a lot since then, but we’ve expanded too. Where there are more people, there is more risk.

What about mountain rescues?

We have a 4×4 vehicle, and we can also count on the helicopter stationed in Fuerteventura if the rescue is in inaccessible areas.

What happened with the pateras? Are you involved when a boat carrying migrants is located?

Of course. Most are intercepted at sea and taken to the pier at Arrecife, but some manage to put ashore. In both cases emergency services are on hand to provide first aid and emergency food and accommodation. All arrivals are given a PCR test, too, and quarantined until the results come through.

Most are taken to other islands, and I’d say around 90% head for the mainland. Most want to get to France, where they have a shared language and often friends and family.

How can the arrival of migrants be stopped?

I think it’s about money, and Morocco is hoping for EU funds. They’re using the migrants as a form of blackmail in this respect.

Has the pandemic had an effect on emergencies on Lanzarote?

Yes, incidents have decreased, simply because there aren’t as many people on the island. Last year we attended 75 fires. That’s the first time the number has fallen below 100 for several years.

What sort of duties have the fire brigade been carrying out during the pandemic?

A lot of it has been a question of updating our practices to comply with new requirements. We’ve had to acquire a lot of protective equipment. We’ve also carried out disinfection of several public spaces.

Are the island’s roads more dangerous than its coasts?

That depends on who you are. Tourists are more likely to get into trouble at sea, while residents, who are often drivers, are more involved in road accidents.

Lanzarote is a volcanic island. Are we prepared for an eruption?

There are measures in place, certainly, and they are updated every year. I don’t think we’re the most vulnerable island at all, but we’re prepared for the worst.

What are the worst emergencies that have occurred while you’ve been in your post?

I think the worst was the patera at Caleta de Caballo in November 2019, on which 9 young Moroccan men drowned after they panicked and the boat capsized. That was a grim morning.

Many thanks for your time, Enrique.