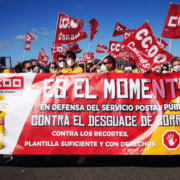 Lanzarote postal workers yesterday took to the streets of Arrecife to protest against what they claim is the deliberate dismantling of the postal service by its management. 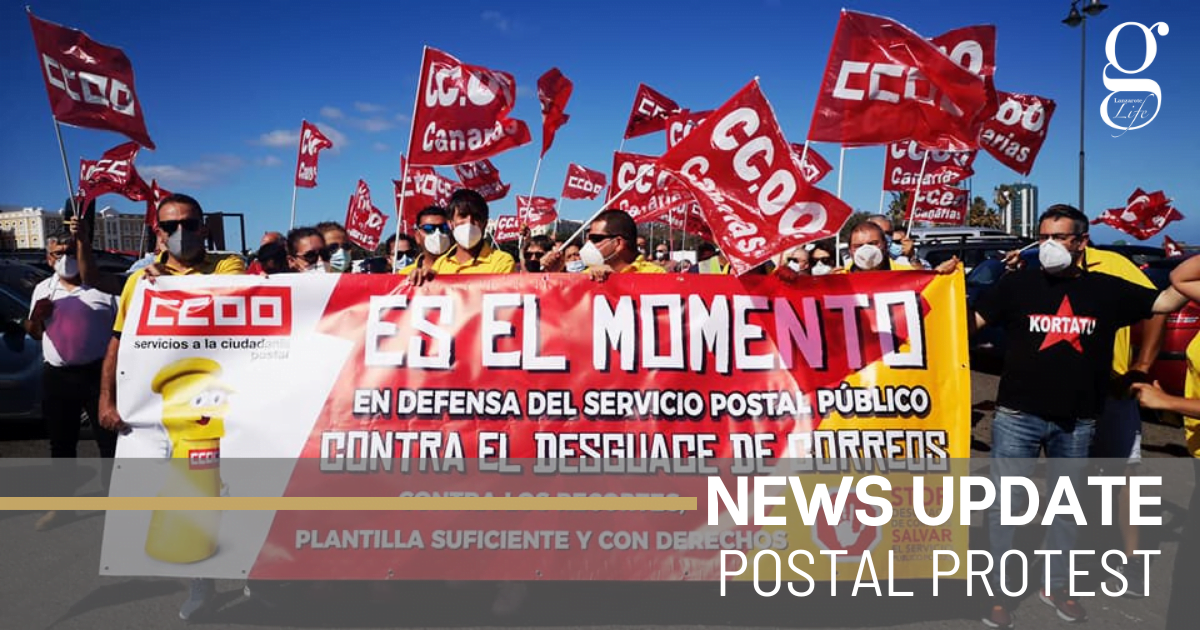 The “caravan” – a parade of cars waving banners and tooting their horns, has become a favoured mode of protest during the Covid pandemic, and yesterday it was employees of the state postal service Correos  who drove through the capital. Dozens of similar protests took place in several other cities throughout Spain.

Postal union delegate Thais Murillo said “Since the pandemic, Correos has speeded up the process of dismantling and privatising the services. They have used the fact that we have been confined to push forward the privatisation of the service.”

Murillo claims that, on Lanzarote, many rural services are now not being covered adequately, and that the workloads of postal workers has increased, in some cases, by three times because of failure to hire staff. “They are not covering workers on sick leave, or those on holidays, “she said.

Murillo also indicated that some postal workers had to make deliveries with their own vehicle. She criticised the fact that European relief funds for the Covid pandemic “are going to private businesses such as Plus Ultra and H&M, but nothing is being invested in Correos.”

Murillo said the demonstration, of 60-70 cars, was a “success”, and was more than they had expected, given that they were supported by employees of other companies such as H&M, Kalise and JSP, who are also in dispute with their employers. Further protests are planned throughout Spain.