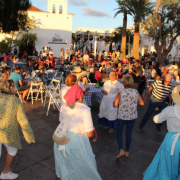 The sunny southern village of Yaiza, and the town of Playa Blanca, celebrated in full force this Sunday and Monday. The streets were packed, cheer was in the air and the Canarian flag was flying high. 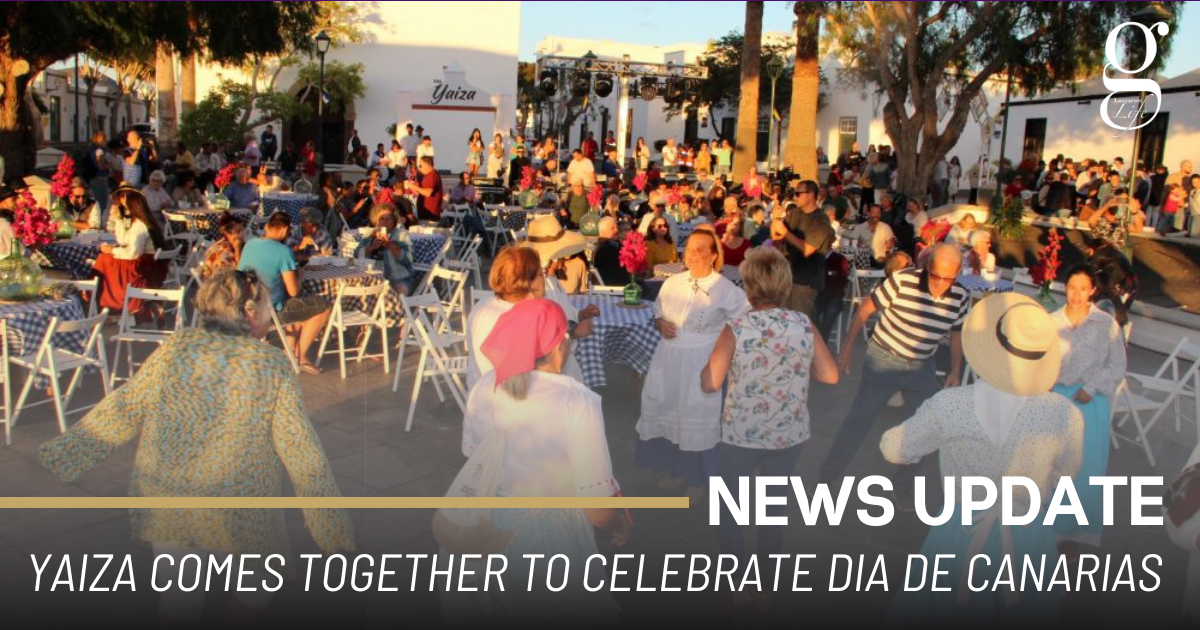 The people of the Yaiza municipality sang and danced until almost midnight, drinking Canarian wines, eating gofio and other traditional foods. Along with the municipality’s residents, Ayuntamiento staff and the mayor joined in the celebrations too.

The final day of celebrations found residents and tourists in the heart of Playa Blanca, at the Plaza del Carmen and surrounding area.

Young Canarian wrestlers were showing off their skills on the towns beach, local folk groups were performing, children took camel rides down the Avenida Papagayo, and residents were treated to traditional tapas dishes.

Yaiza Councillor for Festivities, Javier Camacho, gave thanks “to the municipal staff and their work, and the participation of musical groups, camel riders, Canarian wrestling club directed by Tomás Quesada and the light and sound technicians for their work with the stages.