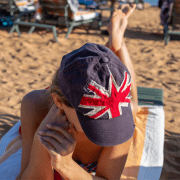 British government sources have told the BBC that English and Welsh quarantine restrictions will be lifted on arrivals from several European countries, including Spain,  from the 6th July, a measure that will permit British holiday-makers to return home without putting themselves out of circulation for 14 days.

The decision is likely to be made at the first review of the British government’s quarantine restrictions on 29th June, and will establish “air bridges” with  several European countries including Spain, France, Italy, Greece, the Netherlands, Finland, Belgium, Turkey, Germany and Norway. However, Sweden and Portugal may not be included, owing to recent increases in coronavirus infection rates in those countries.

The Scottish parliament will also make its own decision on whether to relax its quarantine restrictions  in the next few days.

The British government will operate a “traffic light” system, classifying each country as red, amber or green based on infection rates and other health considerations. Quarantine will only be required for arrivals from “red” countries.

The reciprocal agreements that will be necessary for the UK to abolish quarantine show how important the UK is to tourism in Europe, as the country would be unlikely to pass its own requirements for permitted countries. Yesterday, Britain reported 890 new cases and 100 deaths, while Spain saw 191 new cases and eight deaths.

Meanwhile, The Canaries have now passed a fortnight without a death from coronavirus, and only one new cases was reported on all seven islands yesterday.

Freedom to Move
Scroll to top