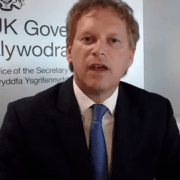 The UK transport secretary, Grant Shapps, has said he will consider “regionalised air corridors” that may permit quarantine-free flights from areas like the Canaries or the Balearics. However, it is likely that both island groups will have to improve their current performance in the fight against the coronavirus before any green light is given.

“The islands, particularly the Spanish islands, when Spain went into lockdown, we saw in one the numbers coming up and in the other set the numbers coming down – so we do need to be absolutely sure that you’re capturing the disease as it actually is and sometimes it’s not quite as straightforward as it sounds”, Shapps told BBC Breakfast on Friday.

“However, I think there is a case for regionalisation,” Shapps said. “I think it’s harder to do within a country – people say, with France for example, why don’t you just do this region and not the other? The answer is it’s quite easy to travel about the country so we’re not able to do it like that.”

Shapps continued: “Where there are islands, I think it’s something we have said before we will look at and we are looking at. It depends on levels of data you have. We are looking in to how you can do regionalisation effectively.”

The comments have been seized on by British press who have suggested that corridors with the Spanish islands could be reinstated before the end of the summer season. However, the bad news is that the current figures of infection on both the Canaries and the Balearics do not support such a decisión.

When the quarantine restrictions were imposed, the Canaries and Balearics were among the least-affected areas in Europe, with both regions appearing to have successfully contained the coronavirus pandemic. However, cases have increased during the past month.

Shapps has stated that the UK government considers closing down air corridors with other countries when cases exceed 20 per 100,000 people over the previous 7 days,. According to the latest report from Spain’s health ministry, which covers the period up until 21st August, the Canaries has 44.58 cases per 100,000 people over the previous 7 days – significantly lower than Spain’s figure of 78.82, but still nowhere near 20.

The Balearics is on 53.33 cases per 100,000, while the only Spanish region that fulfils the conditions described by Shapps is the northern community of Asturias, where tourists rarely visit.

Nevertheless, Shapp’s statement is the first indication that the UK government may be willing to consider regionalised air corridors. Other countries, such as Germany and Belgium, have placed quarantine restrictions on most of Spain but continue to classify the Canaries as safe for travel. In contrast, the UK, Ireland and Scotland have all opted for broad national, rather than regional, restrictions.

Last week the UK showed that it was willing to lift restrictions on countries that had performed well, opening its air corridor to Portugal on Thursday. In the same week, Croatia and Austria joined Spain, France and several other countries on the UK’s  “not safe for travel” list.