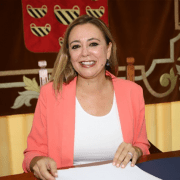 Spain’s President , Pedro Sánchez, will meet with the Canarian President Ángel Victor Torres and the President of Lanzarote’s Cabildo. Maria Dolores Corujo, at 11.15 today in the Cabildo building in Arrecife.

The meeting is the first one between the leaders on Lanzarote, and will also be attended by the Gran Canarian politician Carolina Darias, Sánchez’s minister for Territorial policy.

No indication of the content of the meeting has been given, but it is certain that the future of tourism on Lanzarote and the Canaries will be uppermost in the minds of all three leaders, all three of whom have been actively campaigning to encourage the United Kingdom to relax its quarantine restrictions in relation to the Canary Islands.

At least 50 migrants have drowned on Wednesday or Thursday, after their boats sank while they were attempting to reach the Canaries.

Moroccan fishermen and the Spanish Royal Marines rescued 10 migrants from a boat that had sunk just south of Dajla in Western Sahara. However, it is estimated that at least 27 passengers on this boat lost their lives.

Meanwhile, 40 are reported dead from another boat  which suffered engine failure and drifted south to Mauritania. The only survivor is a Gambian man who said most of the passengers drowned after  jumping into the sea to try and reach land.

Earlier this week another seven bodies and 40 survivors were picked up by Moroccan authorities from another vessel near Tarfaya.