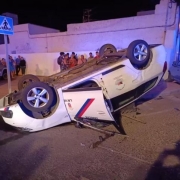 Three people have been injured after a collision and rollover on calle Pérez Galdós in Arrecife. 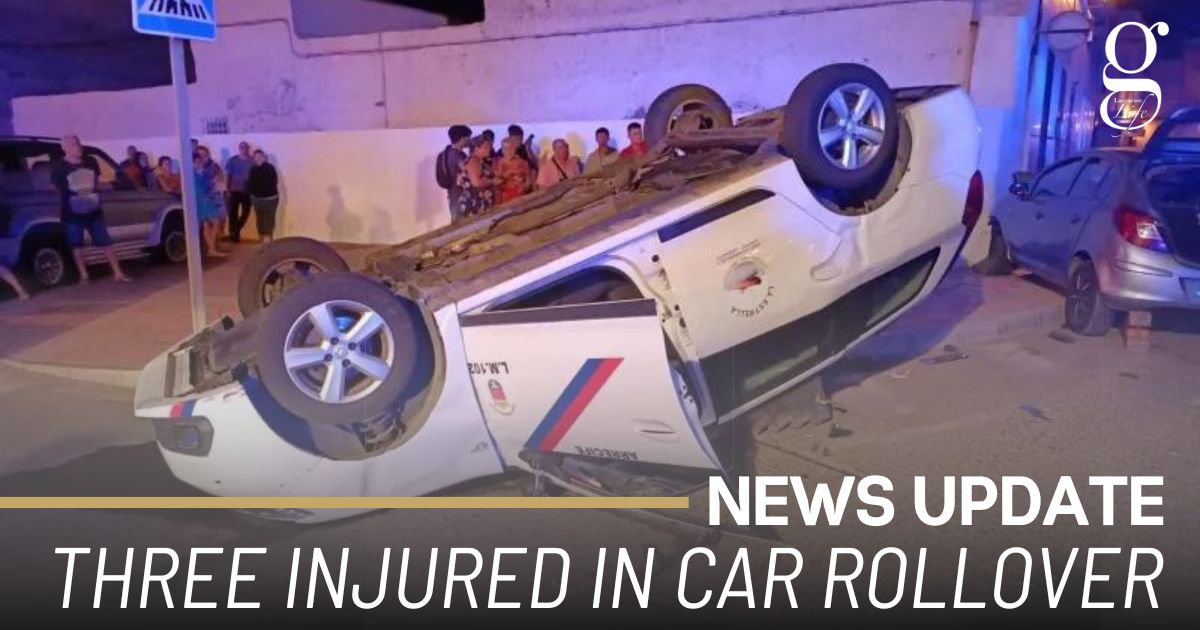 At approximately 11pm last night, two vehicles hit each other on calle Pérez Galdós, in Arrecife, resulting in one of the vehicles rolling over and leaving three people injured.

Emergency services arrived to find a male passenger with polytrauma, and two women injured, one of which was a 46-year-old with chest pain and the other an 18-year-old who had polycontusions. All three were taken to hospital.

Firefighters had to free one of the occupants who had found themselves trapped in the vehicle and safely removed the vehicles from the road after the injured passengers were taken to hospital.