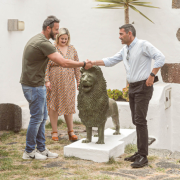 The Teguise Ayuntamiento presents the new image of its two emblematic lions in the Palacio Spínola courtyard. 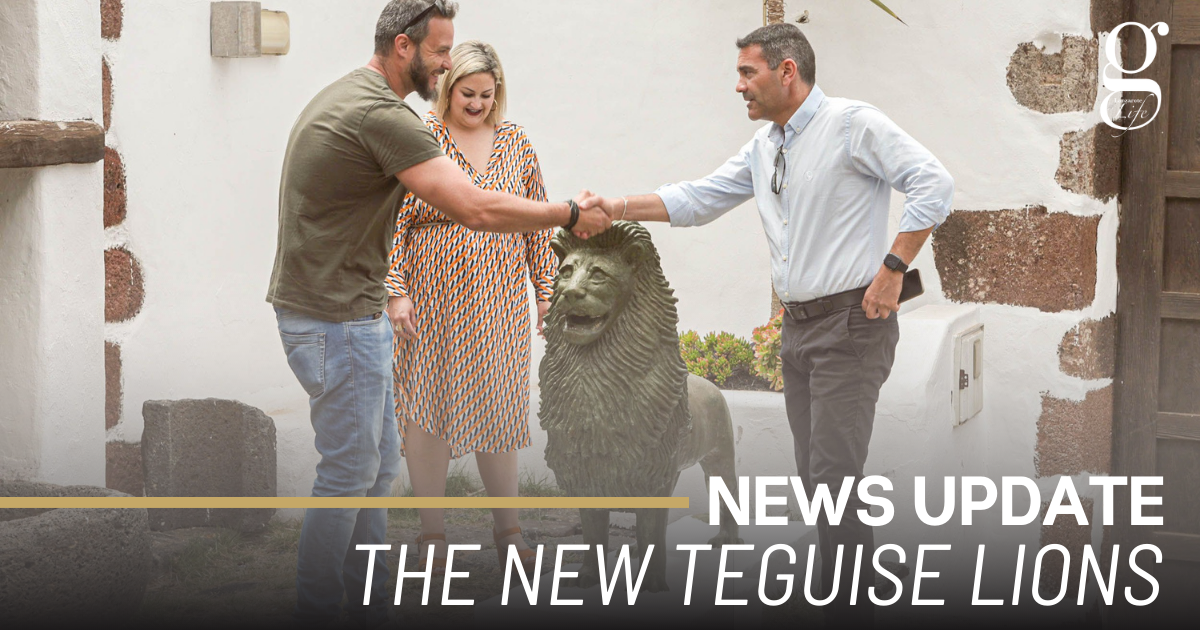 Teguise Mayor, Oswaldo Betancort, stated “we are fulfilling the plan to enhance, promote and preserve our heritage, which has led us to be named as one of the most beautiful villages in Spain.”

“The work on the two lions has allowed us to use materials that are more durable, as well as their original polychrome. A surprising discovery that we found is that they had olivines in their eyes and teeth”, explained Teguise Councillor, Sara Bermúdez.

The lion sculptures, designed by Francisco Spínola and Juan Martín, were originally commissioned by then mayor of Teguise, Bernardo Rijo. They remained on display until 2005 when they were replaced by new bronze castings.

Bermúdez added “these guardian lions are one of the most emblematic symbols of our village and it was important to bring them up to date with restoration.”.

Take a look at the lions:

Make friends and discover Lanzarote on a bike!
Flight diversion to Lanzarote