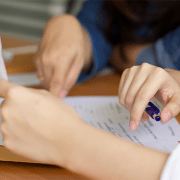 The Spanish Government has announced that, as of July 6th, British Citizens applying for residency in Spain will be issued with the new TIE, or tarjeta de identidad de extranjero (Foreigners’ Identity Card).

The card is similar to the one already carried by third-country nationals from non-EU countries, and will feature the bearer’s name, address, photo, fingerprint and NIE number, as well as a declaration that the bearer is entitled to rights arising from the Withdrawal Agreement between the UK and the EU.

According to the British Embassy, it is important to remember that it is not necessary to replace the current green residency card or certificate if you have one. You can, of course, do this if you wish, but the green document will be just as valid to establish your rights.

In fact, the only real advantages that the TIE has over the green documents seem to be practical. It’s smaller and more durable than the old green residency certificate, and, unlike the newer residency card, it serves as photo ID. Holders of the older documents will still have to present other ID such as a passport along with the documents.

Anyone who has not registered for residency yet is advised to do so as soon as possible. The cutoff date is December 31st, but several offices are already reporting backlogs in appointments. Further information can be found on the British Embassy’s page at https://www.gov.uk/guidance/living-in-spain and the Brits In Spain Facebook page, where a useful Q&A session on the TIE card scheme was hosted by HM Ambassador Hugh Elliott on July 7th, and is still viewable.

On Lanzarote, applicants for the TIE card should go to the Government website and request an appointment at the Delegación del Gobierno in Arrecife. You will be asked to fill in an EX20 form, https://sede.administracionespublicas.gob.es. Guy Buske of A-Z Paperwork tells us that police have informed him that all residents must apply for a TIE, regardless of whether they have a green document or not; but that priority will be given to new applicants or those who have lost their green document, as the resources are not available to process the estimated 6,000 UK residents in time for 31st . The most important message, according to Guy, is “don’t panic.”

Emergency calls from the wild
The Grandfather

No nightlife
Scroll to top