A resident in Playa Honda who laid sulphur outside their home in order to deter dogs from peeing there has been identified by local police. 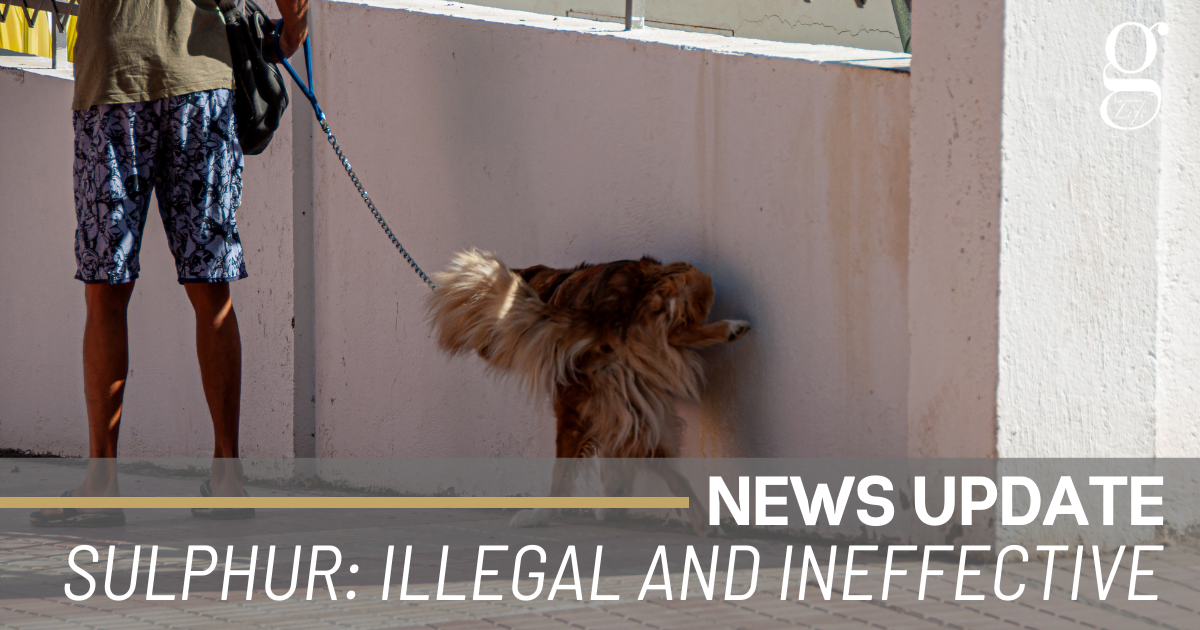 The sulphur was reported by a resident on 8th October, and policer later established who was responsible. Although laying potentially toxic substances such as sulphur in the street is illegal, the police do not anticipate bringing charges in this case

There is a widespread belief in Spain that sulphur acts as a deterrent to dogs. However, the Guardia Civil has stated “Sulphur does not  deter dogs from urinating, and can be very toxic for animals and children.”  It recommends that any citizen who sees sulphur in the street report it to their local Ayuntamiento.

Who dares wins
Scroll to top