Arrecife Ayuntamiento has confirmed that its Three Kings Parade on the 5th January will go ahead as normal, Covid permitting, and has appealed for bids for the €75,000 contract for the event. 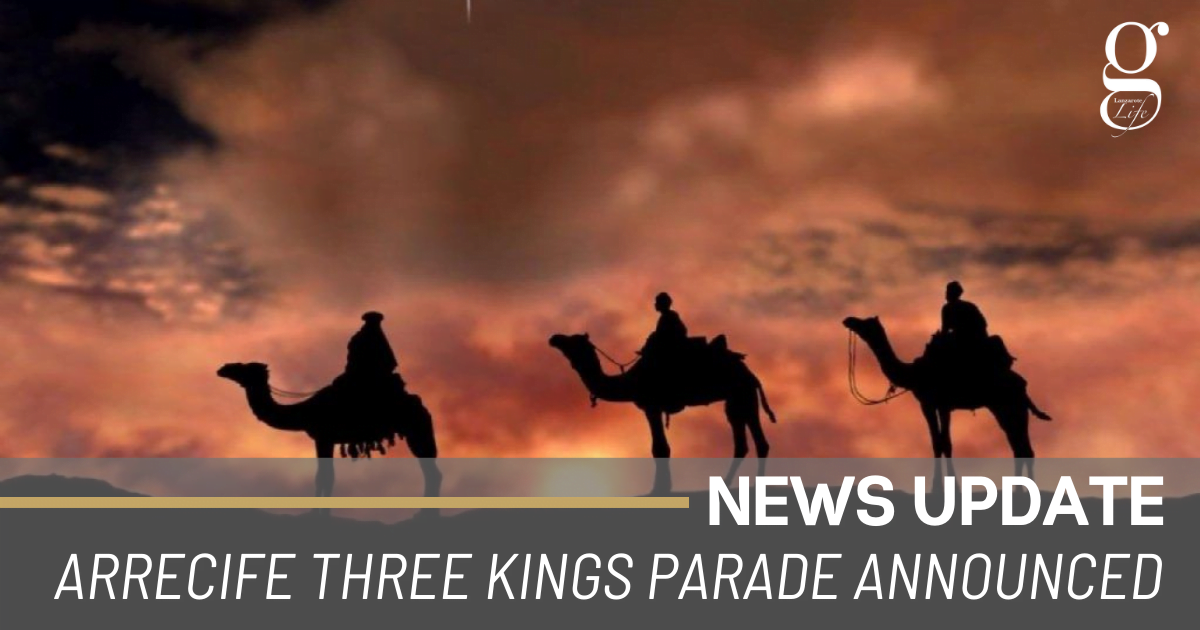 The successful bidder, who must provide at least six floats, none of which may have appeared at previous parades.  “The presence of at least half a dozen camels is also expected”, according to the terms of the offer.

Next year’s event will also change its direction. The parade is usually westward leading, but this year the Three Wise Monarchs will be proceeding in the other direction, beginning their journey at the Recinto Ferial near the Cabildo and following yonder star towards the Castillo de San Gabriel on Arrecife’s seafront.

Instead of bringing Gold, Frankincense and Myrrh, their Majesties will scatter 6 tonnes (6,000 kilos) of sweets to excited children, spreading joy and tooth decay as they go.

The organisers will also have to arrange two musical performances and a five-minute firework display to conclude the parade.

Other towns on the island have not yet confirmed their own Three Kings parades, but the announcement of Arrecife is likely to be an influential spur towards the resumption of events like this after they were cancelled or severely restricted this year due to Covid.

Three Kings parades are widespread throughout Spain, where children usually receive their main Christmas presents on Twelfth Night  (5th December), and it is the Three Kings, rather than Father Christmas, who are responsible for gift distribution.

Your guide to IRONMAN closures

The Mosaic Man
Scroll to top