The UK government has announced that, from the 24th October, fully-vaccinated travellers returning to England from non-red listed countries (which include Spain), will no longer have to take a Day 2 PCR test and can instead take a cheaper lateral flow test on or before Day 2 after their return. 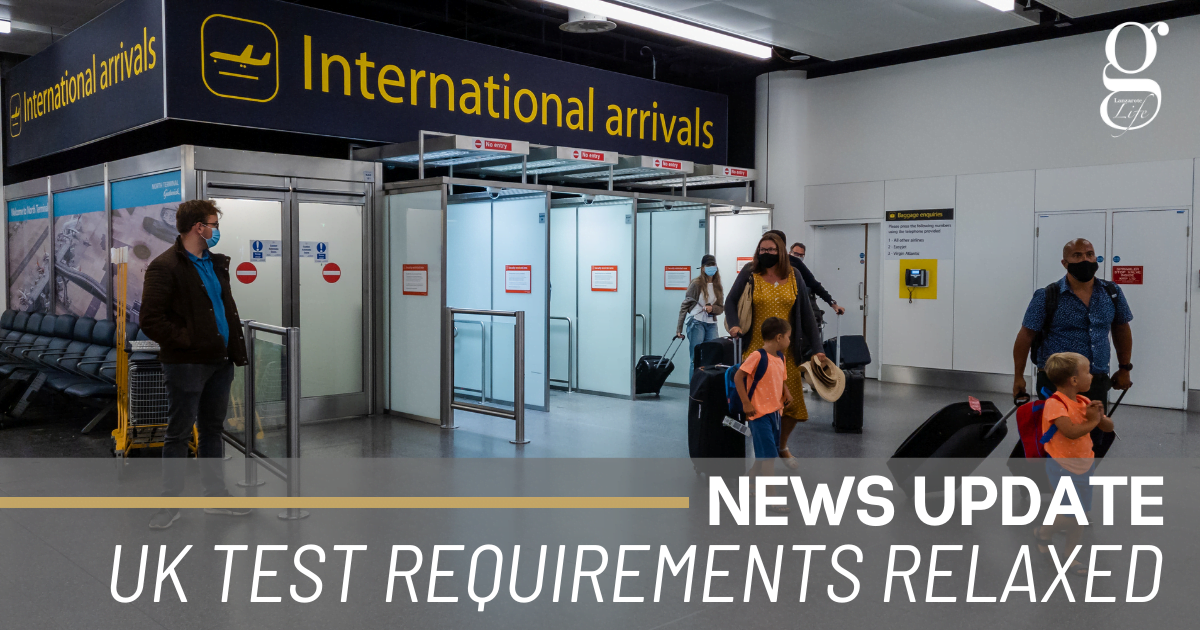 The measure is likely to save time and money for travellers returning home from October half-term holidays, which end on November 1st.  Tests providers will be listed on the uk.gov website, and testing centres will also be available at some airports.

The rule also applies to non-UK or overseas resident visitors who have been fully-vaccinated in Spain and over 100 other countries.

The UK government also said that PCR tests would remain valid (for those who have already purchased them), and that the lateral flow tests used must come from private providers. Free NHS test-and-trace kits will not be accepted.

The lateral flow tests can be booked from 22nd October, and travellers will only have to provide a photo of a negative test result for verification. If the result is positive, isolation and a further PCR test will be required.

Non-vaccinated travellers will still have to test before their return, quarantine for 10 days and take Day 2 and Day 8 tests.

Scotland , Wales and Northern Ireland have yet to announce any changes, although the measure will would be too late for Scottish half-term travellers, whose holiday was this week.

Airport updates
Get your masks on! Carnival is back!