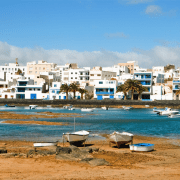 The Canarian Health Council has identified 49 Covid-19 outbreaks on the Canaries, with 11 of them assigned to Lanzarote.

Of the 49 Canarian outbreaks, 33 have arisen from family reunions; nine originate in the workplace, six have arisen from social occasions and one involves 13 recently-arrived migrants on Lanzarote.

The Health Council has also announced that it will carry out a screening programme on young people between the ages of 20 and 45 in the worst-affected areas of Arrecife in an attempt to locate and control asymptomatic cases.

Last week, Cabildo President María Dolores Corujo recognised that 95% of cases were local in origin (as opposed to “imported” by tourists or migrants), and that the areas of Titerroy and Valterra in Arrecife were particularly badly affected. The Cabildo has stopped providing details of cases from tourists, but they now seem to be very much in the minority, with community transmission well-established in Arrecife.

Meanwhile, reporter Isabel Lusarreta at la Voz de Lanzarote has accessed information about the home addresses of active cases to create a more realistic view of the distribution of cases on the island.

Official figures reflect the health centre where patients gave a sample or tested positive, but this centre does not always correspond to the area in which they live. Residents of the island’s third-largest town, Playa Honda, are registered at Titerroy in Arrecife, and all tourists or visitors without a local health card are assigned to the Dr José Molina Orosa Hospital in Arrecife.

La Voz’s reporter has used the home addresses of patients to create a more realistic overview of how infections are distributed on the island. The adjusted figures show that Arrecife still leads the island in terms of active cases, but other municipalities such as Tías, San Bartolomé and Teguise  contain many more cases than are reflected in the official figures.

Hospitalized cases are also assigned to Arrecife, and a further 40 cases are unaccounted for in La Voz’s adjusted figures, which probably refer to visitors or tourists who will be registered at Arrecife but may be staying anywhere on the island.

The official figures and figures adjusted according to home address are below:

Back to school next Wednesday
Scroll to top