Another set of bins in Arrecife had been set on fire again last night, however, this time the flames had caught the adjacent building, electrical cables, and several nearby vehicles. 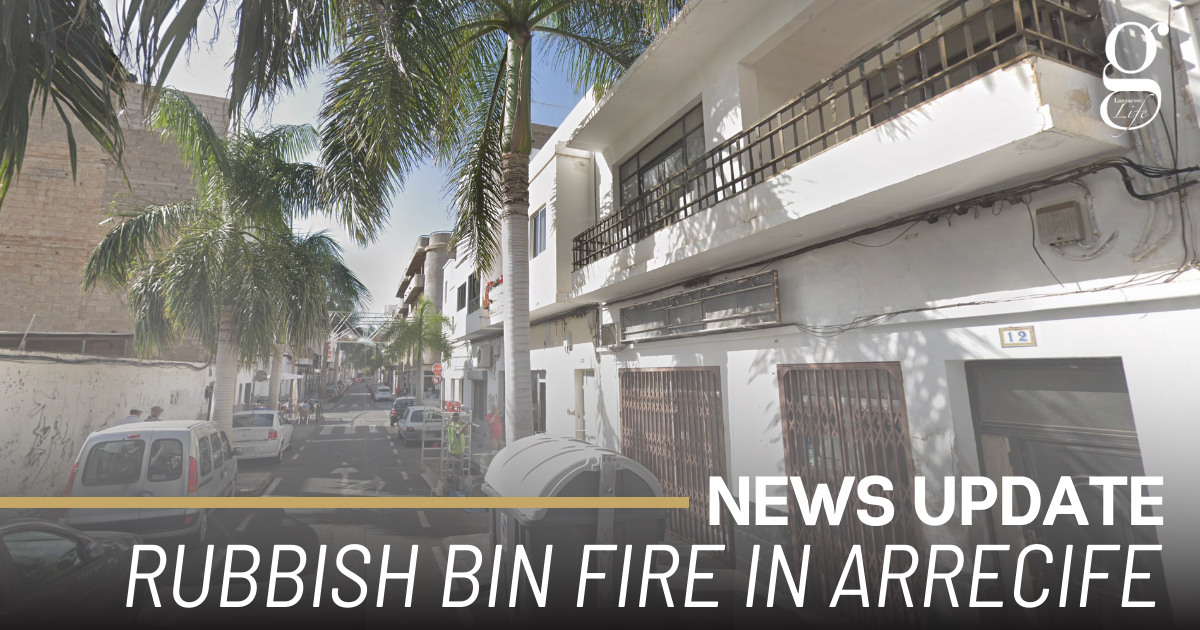 Emergency services were alerted to the fire, where the original flames had caught a palm tree which would later catch the building near it, electrical cables, and several parked vehicles on the road.

Once firefighters arrived at Calle Triana, they had to quickly assess the size of the fire, where it was leading and which site to extinguish first. Luckily no one was harmed and the building that had caught fire was empty, however, the damage was sizeable as the entire front of the building was scorched and nearby cars badly damaged.