A fishing vessel was caught with 163kg of fish after using nets allowed for deeper depths (only in specific cases) along the Lanzarote coast. 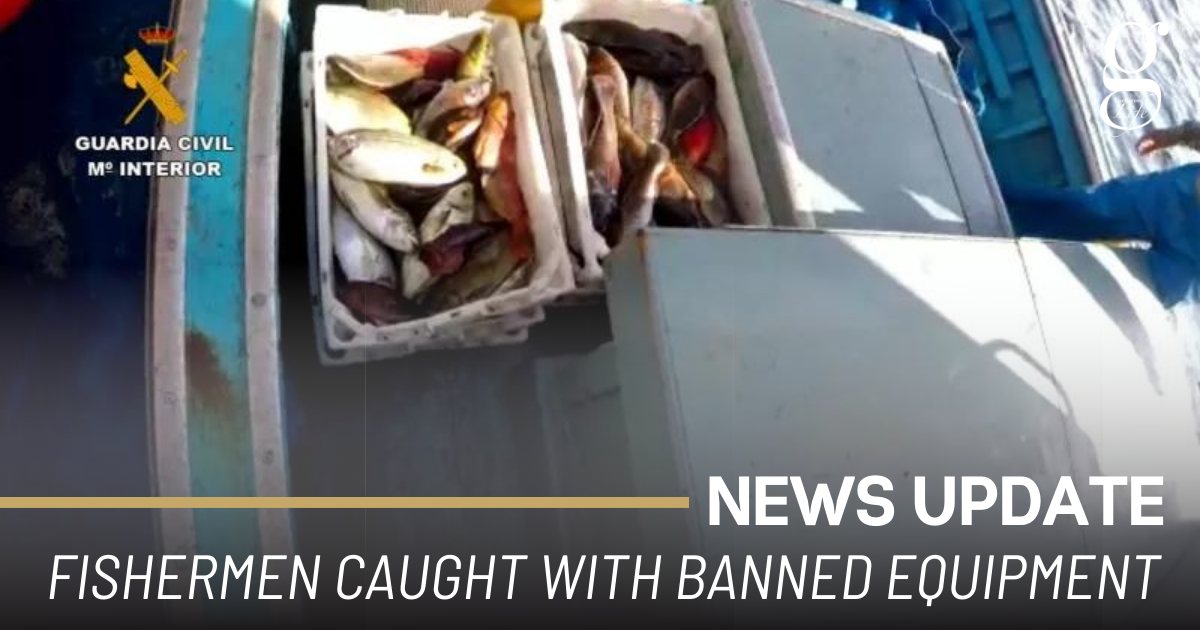 The Guardia Civil have denounced a commercial fishing vessel after they found two sailors using improper nets for the depths that they were fishing at. The two men, both in their 40s, are reportedly repeat offenders.

The fishermen used a specific type of net, which is banned on Lanzarote, however they can be used at a minimum of 30 metres with a maximum length of 350 metres (only in specific areas on other islands). The two fishermen had been using the nets at a depth of 15 metres and a length of 600 metres.

An official complaint was made, citing the article 17. D from the Regulations of the Canary Islands Fishing Law decree, which states that fishing with that gear is prohibited with exceptions in certain areas on other islands. According to the law, violation of the article could result in a fine of 301 – 60,000 euros.