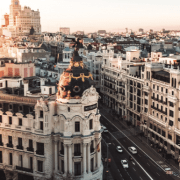 The Bank of Spain has come down against rent controls in large cities after analysing the effect of such measures in Berlin, Paris and other European cities.

Rent controls in the overheated urban areas of Madrid and Barcelona are very much on the agenda, as they are one of the main demands of the Socialists’ coalition partners, Podemos, whose young voter base has been affected by the 30% rise in rents in half of Spain’s large cities.

However, free market advocates have strongly resisted the idea. The Bank of Spain’s report claimed that, although it may bring benefits in the short term, rent caps ultimately lead to neglect of rental properties and the rise of “ghettos” of low- quality housing.