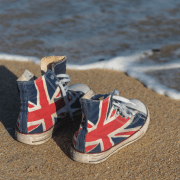 Newspapers reported a rapid increase in property sales enquiries following the UK’s exit from the EU on 31st January, but what effects is Brexit really likely to have over the next couple of years?

An increase in house sales following Brexit was not really surprising. While there’s plenty left to do, Boris Johnson at least got the leaving bit done. Like Caesar crossing the Rubicón, the die is now cast and we’re beyond the point of no return. What that means is that a good deal of the uncertainty that has existed for three and half years is now over.

But by no means all of it is. There is still a lot to negotiate before the end of the year, and that’s why, although the increase in house sales has been welcomed by estate agents, it’s still nowhere near pre-Brexit levels.

The main reason uncertainty has diminished is because the UK is leaving with a withdrawal agreement in place. British people find themselves in a transition period that lasts until the end of the year, and during that time they will enjoy all the rights of EU membership. That means that, for the average person, very little will change for ten months.

However, once the transition period is over, things will change and right now we have very little idea of how, exactly.

Millions of Britons still dream of moving or retiring to Spain, and while that is likely to remain possible in the future, it is generally agreed that it will be more difficult for those who don’t make the leap before the end of this year.

Anyone planning to take the plunge is advised to get professional advice, as there are already conflicting reports about paperwork. Appointments for residency papers have been full for several months, and in Tenerife they are being cancelled altogether in anticipation of the new non-EU ID card that Britons will require.