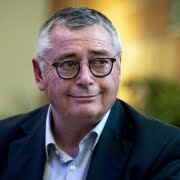 Spanish, British and Irish sport lovers are united in mourning for Michael Robinson, the ex-footballer and TV presenter whose death of skin cancer at the age of 61 was announced today.

Robinson was once the most expensive teenage footballer in England after Malcolm Allison paid £750,000 to bring him to Manchester City in 1979. In the early 80s he excelled as a striker with Brighton and Hove Albion before being bought by Liverpool, where he spent plenty of time on the bench watching Kenny Dalglish and Ian Rush. Nevertheless, he earned honours for the League Title, the league Cup and the European Cup during Liverpool’s 1983-84 season and was also capped 24 times for Ireland owing to his mother’s Irish heritage. He finished his playing career at Spanish club Osasuna, and decided to stay on.

“I came over on 7 January 1987.” he said. “I didn’t know if I was going to be here forever. But something strange happened. I enjoyed more or less everything about Spain and the way the Spanish interpreted life. I finished up realising that I had loads in common with the Spaniards. We laughed about the same things, cried about the same things.”

Robinson learnt Spanish quickly and was invited to commentate on the Italia 90 World Cup on Spanish TV. This led to a 30-year career as a commentator, pundit and award-winning journalist.

Robinson was probably the most popular British celebrity in Spain, a strongly opinionated, talkative, humorous character who always focused on the human story behind sport. His English accent and occasionally bizarre phrases were widely celebrated. “I’ve ended up not being able to speak two languages well,” he joked.

Robinson announced his cancer on a sports programme in December 2018, and remained active until his death “”Maybe cancer will kill me, “ he said “But what it won’t do is kill me every day.”

Four steps towards the new normal
Scroll to top