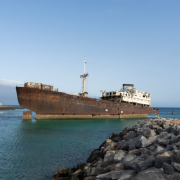 The dismantling of the Telamon, the shipwreck that lies between Arrecife and Costa Teguise, has finally commenced. 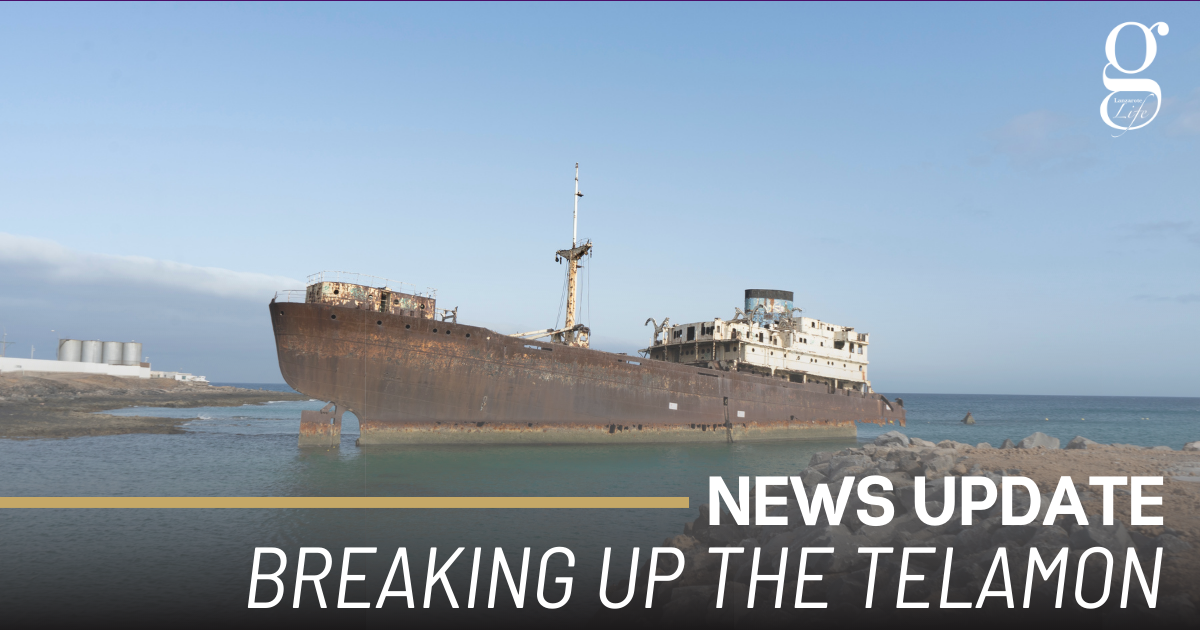 The salvage company Recuperadoras Lanzarote , which won the contract to break up the ship, has  installed new fences and buoys to discourage unauthorised entry, and  is reported to already be cutting  away parts of the interior of the ship. The scrap metal will be transported to shore using a crane, which will be installed in the coming weeks.

No date has been given for the termination of the job, which is likely to take several months, given the immense amount of material.  The ship has actually broken in half and what can be seen from land is only the rear half of it – the other half of the ship lies underwater further out to sea.

The Telamón was originally built in Dundee, Scotland in 1954 and was originally named the Temple Hall until new Greek owners renamed her in 1977. She came to Lanzarote in 1981, after suffering serious problems during a storm while transporting timber from the Ivory Coast to Thessalonika.  As the port authorities feared that a wreck could block off Arrecife’s main port, the decision was taken to run the ship aground in the small bay next to the power station.

Many will miss the presence of this dramatic landmark, which has impressed millions of tourists. However, the wreck was becoming increasingly dangerous as it slowly rusted away, and the presence of contaminants also made its removal an environmental necessity.