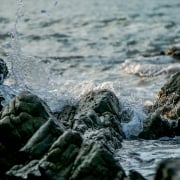 A baby died after being born on a patera (boat used by immigrants) travelling from the Moroccan coast to Lanzarote on 8th January.

The boat, which contained 40 people, was detected 15 nautical miles west of the coast of Lanzarote and escorted to Puerto Naos, where the baby was immediately rushed to hospital. However, it was too late to save its life.

The mother was also taken to hospital, along with two other women, one of whom was pregnant, and a child. Of the 40 on board, 12 were women and six were children between the ages of four and eight.

Cabildo President Dolores Corujo said “This death has shaken us. We feel pain for a drama that brings home a reality that some don’t want to address.”