Lanzarote now has fewer active cases than any of the larger Canary Islands, and has finally managed to bring its seven-day infection rate to fewer than 50 cases per 100,000 people. 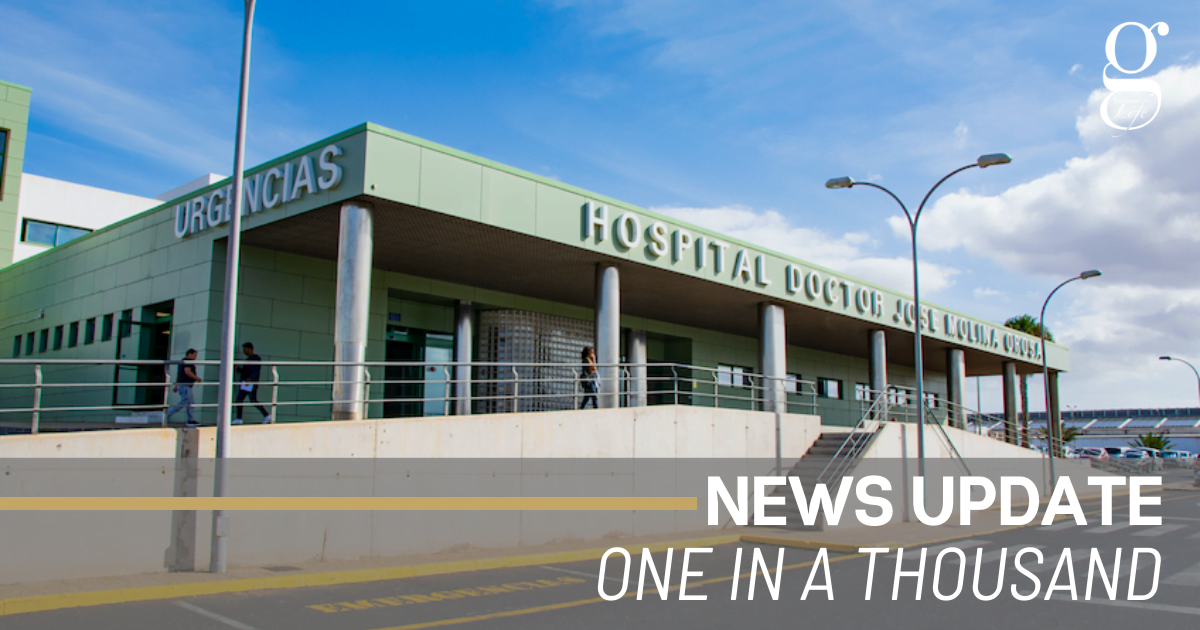 With 87 recoveries and just 15 new cases yesterday, Lanzarote’s total of active cases is now 144, meaning that 0.095%, or fewer than one in a thousand people, are currently positive for the virus.

Fuerteventura has 212 cases, and has seen a notable spike of cases in recent days, while Tenerife and Gran Canaria still have well over 2,000 active cases each.

Lanzarote’s good progress earned it an early entry to Level 3 on Monday, and it is possible that it could go down to Level 3 following the next assessment. Nevertheless, Lanzarote’s seven-day rate of infection among the over 65s is still classed as “high risk” (Level 3), while its intensive care occupation has risen to 39%.

Lanzarote’s hospital facilities are still feeling the effects of the huge increase in cases over Christmas, and recovering from intensive care is often a long and gruelling process. Some, like the 67-year-old man who died in the Dr José Molina Oroso hospital on Monday, never do so.

In fact, Lanzarote currently only has eight patients on the general Covid isolation ward, while 13 remain in intensive care. Fuerteventura, in contrast, has just four Covid patients in hospital and one in intensive care, which is one of the reasons why its level was not revised on Monday.

Meanwhile, two further deaths on Lanzarote have brought the total on the island to 42 since last March. Both victims were women in their 90s; one in the Covid ward at the Dr José Molina Oroso and the other at the Hospital insular.

Passing the test
Lanzarote in Level 3