Special anti-Covid restrictions for the Easter holidays are likely to bring few surprises or changes to Lanzarote if proposals made by Spain’s Ministry of Health are adopted. They include a 10pm to 6 am curfew and a limit on gatherings of four to six people. 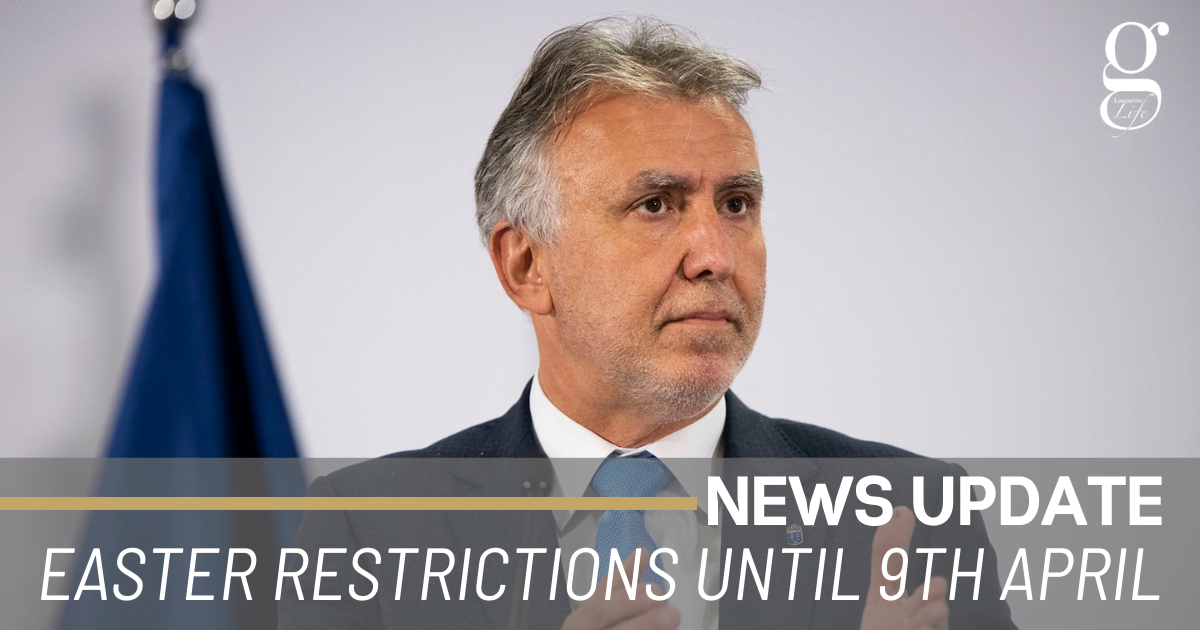 Even if Lanzarote manages to enter Level 2 in the next couple of weeks, as seems likely, this level has an 11-6 curfew and a limit on gatherings of six people. The Easter proposals will, effectively, take us back to Level 3 or 4 for the period spanning from 26th March to 9th April.

The Spanish government is also proposing that regions close their borders during the holiday, and recommending that students are not permitted to return home.  The key to the Easter strategy is to restrict movement as much as possible, mainly to prevent the family gatherings that were one of the principal causes of the third wave after Christmas.

The proposals are likely to be approved and published next week, and each region of Spain may adopt the relevant measures, depending on their situation. Yesterday, Canarian President Ángel Victor Torres said that his government would bring in “tough” measures, but initially ruled out border closure,  saying that “figures on the islands don’t justify this.”

Restrictions on inter-island travel would also be unlikely to have much effect given that all the islands currently have roughly similar infection rates. All the islands have infection rates that are currently classed as medium or low risk apart from Fuerteventura, which  has recently suffered a moderate rise in its 7-day rate.

On of the main threats for the Canaries is the arrival of students and other family members from highly infected areas, and it remains to be seen how the government will tackle this. The other threat, identified by Torres, is that measures are more likely to be broken during holidays , when people are not at work or school.

To combat “pandemic fatigue”, Spain’s Ministry of Health is planning a publicity campaign based on the idea of “one last push”, which will stress that the vaccine campaign is going well, and call for responsible behaviour over Easter.

Airport updates
One in a thousand