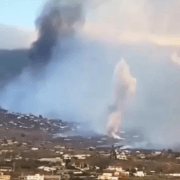 As lava from the original fissures and vents of the La Palma volcano slowed down on its passage to the sea yesterday, another vent of lava opened up near the village of Tacande, in the municipality of El Paso. This development led to more evacuations in surrounding areas last night. 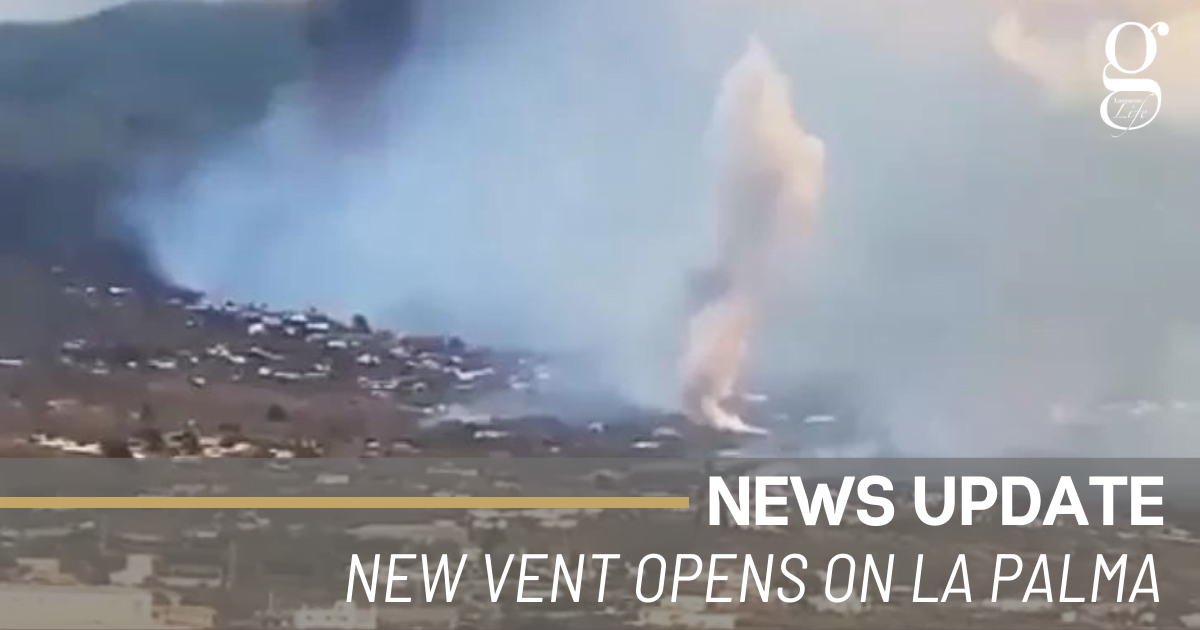 This new source of lava was accompanied by a 3.8 magnitude earthquake that was felt throughout the whole island.

Over 150 homes have now been affected by unstoppable lava flows that flowed west from the original eruption site, and the President of La Palma’s Cabildo, Mariano Hernandez, has estimated that up to 1,000 properties could be affected. Hernández also said that 300 crops had been destroyed, including avocados and vineyards.

La Palma islanders are now assessing the possible damage that could be caused when the lava reaches the sea. This may involve the destruction of banana plantations, the almost certain blockage of coastal roads and the abandonment of the fishing industry in the town of Tazacorte, where a fleet of 40 boats may have to be evacuated.

La Palmas authorities have warned islanders and tourists to stay away from the affected zones, reminding them that they could hinder emergency services, and initiating plans to cut off access if the lava reaches the sea. The only fatality in the previous eruption of Teneguía in 1971 was that of a tourist who crossed the security cordon and was overcome by toxic fumes generated when lava entered the sea.

Volcano experts are not able to predict how long the eruptions on La Palma will continue for. The only predictions that have been made are based on previous eruptions on the island, which have been relatively short and have lasted from a few days to a few weeks.

“There should be no eruptions on Lanzarote”
Scroll to top