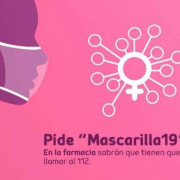 The “Mascarilla 19” (Mask 19) codeword for reporting gender violence at farmacias (chemist’s shops) has already been used by eight women on the Canaries.

Any woman who asks for “Mask 19” at a chemist’s counter will trigger an emergency response from the assistant, who will call the 112 emergency services discreetly to report a possible case of gender violence.

The lockdown restrictions forcing people to leave their homes alone have also raised fears that unaccompanied women may be more vulnerable to attack . As a result, the Sister app, launched last year, has become increasingly popular. The free personal safety app allows women to choose “real time” walk partners, notify friends of departure and arrival, and has deterrent alarm and a “danger button” feature, which allows you to alert contacts and emergency services with one touch.

No Canarian agenda for lockdown exit
Scroll to top