Arrecife Ayuntamiento has ordered the Lanzarote Health Services to move the drive-in Covid testing centre that is currently located at the Recinto Ferial near the Cabildo building. 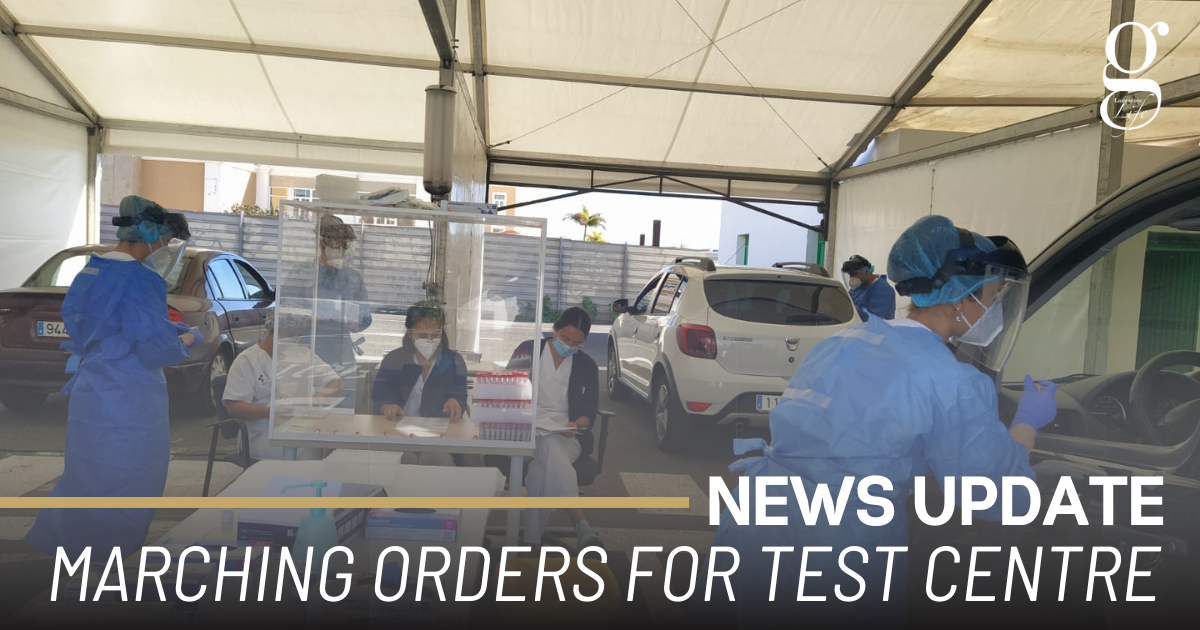 Arrecife wants to get rid of the test centre in order to install the marquee that will be used to host forthcoming carnival events, which the capital has postponed until late March.

Noelia Umpiérrez, head of the Lanzarote Health Area, told Radio Lanzarote “They have offered no alternatives. Sometimes I think we live in different worlds. There are decisions that I don’t understand,” Umpiérrez urged Arrecife’s Ayuntamiento to be more consistent in its decisions.

The Health Service are now looking for another location, and have approached Tias Ayuntamiento about the possibility of relocating the test centre to Puerto del Carmen’s bus interchange. However, they claim the current location in Arrecife was “ideal” as it was located in Arrecife, the main population centre of the island and was able to deal with large amounts of vehicles.

Arrecife has also provoked the anger of other municipalities following its decision to postpone its carnival for three weeks. “We’re going to have to change our dates, too,” said Haría councillors for festivities, Alejandro Hernández , who also said that bnot informing the other municipalities showed a “lack of respect.” Tinajo are also considering delaying their carnival parade, as it would also clash with the Arrecife event.

Teguise, San Bartolomé, Tias and Yaiza are adopting a “wait and see” policy, with the carnivals very much dependent on the health situation. So far, none of these municipalities has announced that they may change their date, but cancellation of events is still a possibility.

If the Covid situation permits, San Bartolomé will start carnival season on Tuesday , March 1st; while Puerto del Carmen’s parade is currently scheduled for Saturday, March 5th. Arrecife’s parade, usually the biggest on the island, is not yet confirmed – it usually takes place on a Monday, but may be shifted to a Saturday (21st). The Burial of the Sardine will close Arrecife’s carnival on Wednesday 23rd March.

The cutting edge
Scroll to top