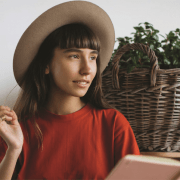 You’ve got time on your hands, so why not use it to learn the local language?

All over Spain, and even in the barrios of Lanzarote, you can see posters decorated with rainbows in windows or hanging from balconies. The idea for this campaign came from Italy’s lockdown and has been adopted by children all over Spain, who are hanging a simple message of hope from their balconies: “Everything’s going to turn out alright”.

But just like in English, there are two ways to talk about the future like this. We can also say “Everything will turn out alright”, which sounds just a little more confident.

The two words “todo” (everything) and “bien” (good/ well/alright) don’t change in either language, but everything else does. In Spanish, this relies on the way verbs change to indicate who they’re referring to and when (or if) they’re going to happen.

In the first sentence, “va” is the form of ir” (go) used for things in the present. In English, it literally means “it goes”. But when it’s followed by “a” (to), it often puts things into the future, just as the English “be + going + to + infinitive verb” form does.

“Salir” is a Spanish verb with several meanings, but here it means “result”, ”emerge” or “turn out”, and, like in English “going to” sentences, its form is always in the infinitive.

In the second sentence, however, “salir” is the verb that changes, and it doesn’t change in a normal way. Most future forms for things in Spanish end in “-rá” but most of them don’t have a ‘d’ in front.

Sadly, you’ll have to learn plenty of these irregular verbs in Spanish.

If you’re a learner, it’s a good idea to learn the “going to” version thoroughly first. It is probably the most common form, and can be used for all sorts of future situations.

A new look for the Gazette
Wildlife Celebrates Lockdown Peace