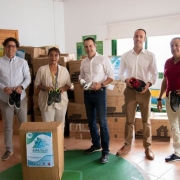 This year, 39 schools in Lanzarote have collaborated to send more than 2,400 pairs of shoes to Equatorial Guinea in central Africa. 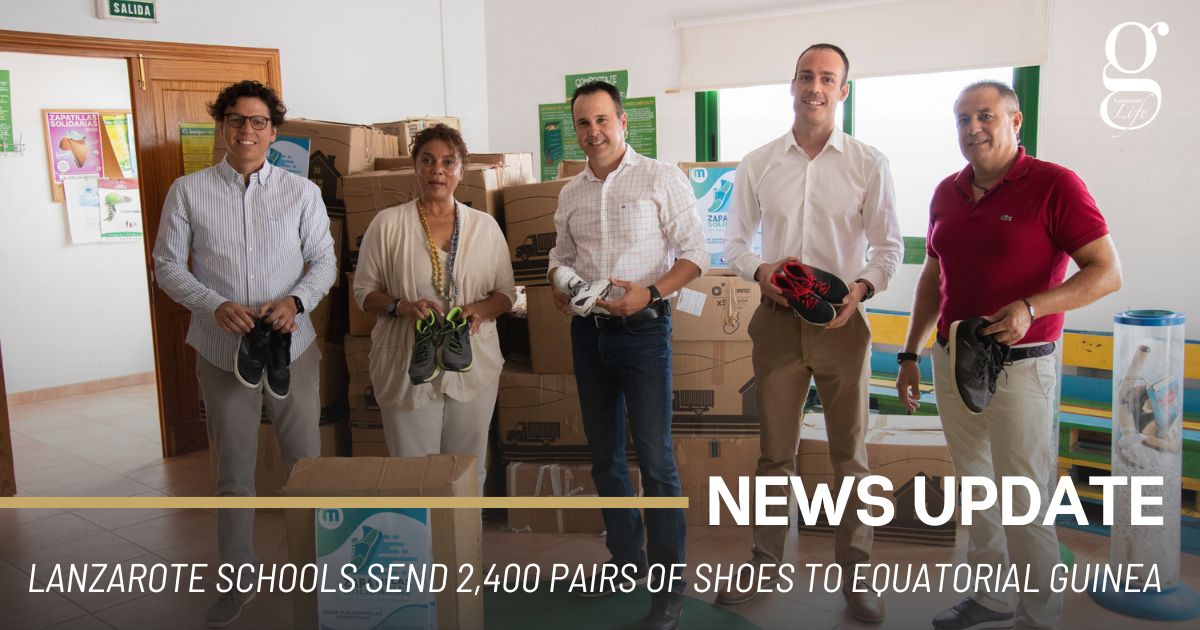 Through the Cabildo’s Waste Department, and the Martínez Hermanos Foundation, the island held the “Zapatillas Solidarias”, Solidarity Trainers, campaign in which 39 schools participated.

The campaign aims to given second hand kids trainers, in good condition, to children and young people in Equatorial Guinea. Rather than throwing an old pair of trainers out, the school kids would donate them to the campaign.

“Thanks to the collaboration of 39 schools, this year we have managed to collect 2,462 pairs of trainers”, stated the head of the Waste Department, Hugo Ricardo Delgado.

Delgado explained that during his visit to supervise the donations, a total of 42 boxes will be sent to Equatorial Guinea which include boxes full of sports trainers, football boots and more.

“Once again the solidarity of the island is reflected in the participation from families in the campaign, whose main objective is to provide young people of Equatorial Guinea with good quality shoes.”.

President of the Martínez Hermanos Foundation, Catalina Martínez, and its director, César Miralles, stated that “the number of shoes has exceeded previous years, even though the collection time has been shorter. The result has been fantastic.”.

You can read more about the Martínez Hermanos Foundation at this link: https://fundacionmartinezhermanos.com/