La Graciosa is set to become the first of the Canary Islands to reach the target of full vaccination of all over-16s, following a decision by the Canarian Health Council to provide vaccines for all the island.  It is estimated that the island will reach this objective by 4th July. 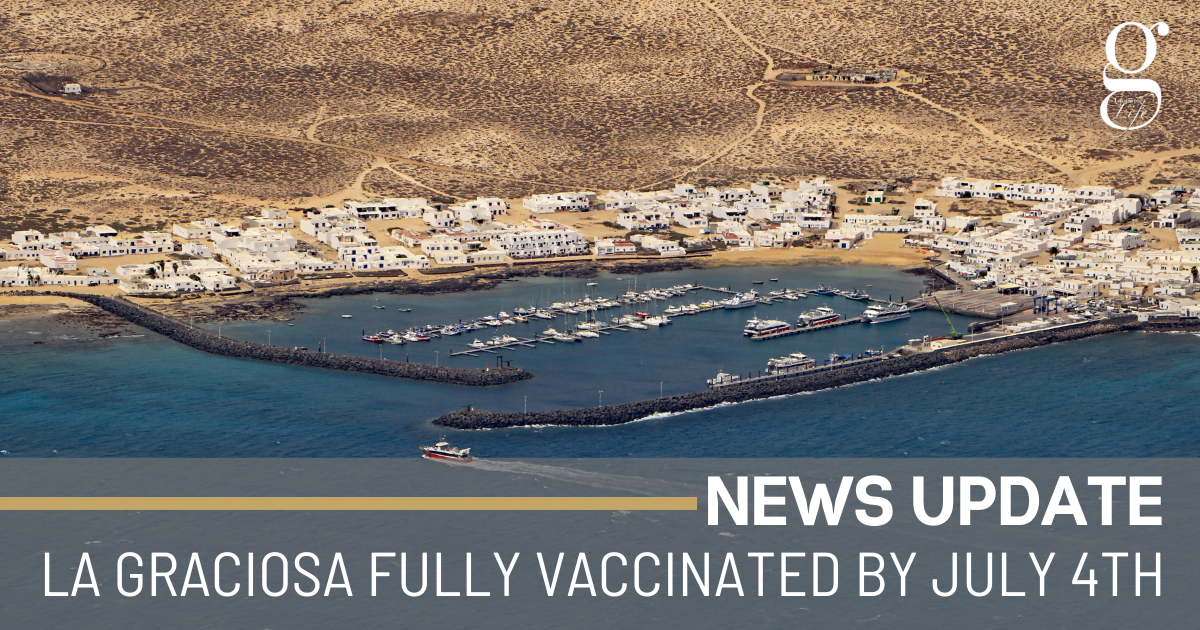 María Dolores Corujo, Cabildo President, said “This is such a positive piece of news for the economic and touristic recovery of the Eighth Island, meaning that visitors can consider La Graciosa a safe, Covid-free island from early July.”

The vaccines cannot come too early, as the Canaries continue to have difficulties shaking off persistent infection rates.  A recent rise in figures, in particular on Tenerife, means that the islands 7-day rate is just below the overall Spanish average of 45 cases per 100,000 people.

Other regions, including may that are direct competitors with the Canaries for tourism, are doing far better. The Balearics, Murcia and the Valencian Community, for example, currently have 7-day rates less than half those of the Canaries.

The rates, as well as vaccination progress, will be taken into account on or around June 24th, when the UK government conducts its next review of safe destinations.  British Ambassador Hugh Elliott has said that “in principle”, an island approach could be considered by the UK, although mainland destinations will not be given separate consideration.

Los Agujeros to the Cueva del Agua
Scroll to top