Lanzarote Limpia touched down on La Graciosa yesterday and gathered huge amounts of litter and waste from the beach at Caleta de Sebo. 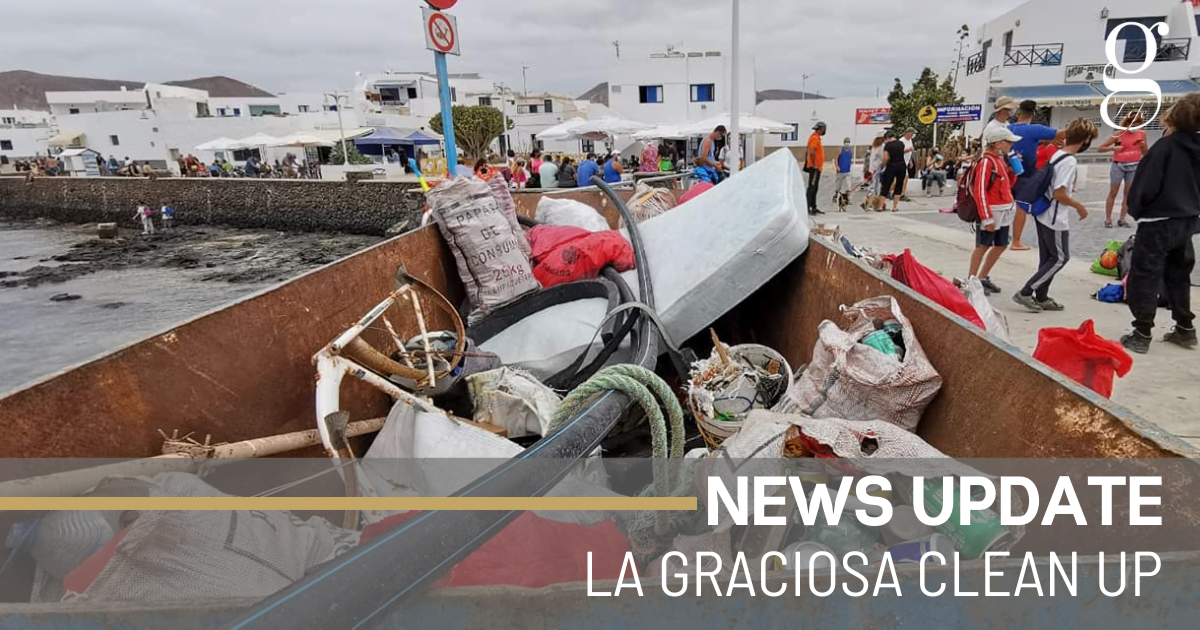 Around 120 volunteers were offered free passage by the Lineas Maritimas ferry, with the usual collection of foodstuffs for charity taking place at Orzola before the trip across the water.  On arrival at the eighth Canary island, volunteers set to work collecting everything from cigarette ends to old mattresses. At the end of the day they had collected over a tonne of rubbish, which was then disposed of correctly.

La Graciosa has its own problems with waste. Not only is on the northern coast of Lanzarote, which sees more ocean-borne debris than other parts of the island, but it also has it’s own waste collection problems.

The rubbish collection service often means that bags are left outside for some time, and cats and dogs can tear them open, causing a spread of rubbish. This situation becomes worse when there are more tourists on the island. There is also no Punto Limpio on the island, meaning that islanders have difficulty disposing of the sort of waste that is usually left at Punto Limpios on the mainland.

Lanzarote Limpia said “It was surprisingly sad to discover the dreadful state of La Graciosa,” and the thousand kilos of waste that they filled a skip with was testament to this fact.

The Lanzarote Limpia volunteers did some of the work that the authorities have not got around to, but that is not the aim of their cleaning project. Instead, the objective is simply to make people conscious of the rubbish that we throw out all the time, and its impact on our immediate surroundings.

You can find out more about the work of the organisation and future clean-ups  at Lanzarote Limpia’s Facebook page.