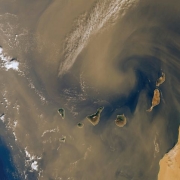 September is one of Lanzarote’s calmest, sunniest months – a time of clear skies, warm seas, light breezes and mellow warmth. But this autumn will arrive after a summer that has been marked by heat, dust and drought on Lanzarote. 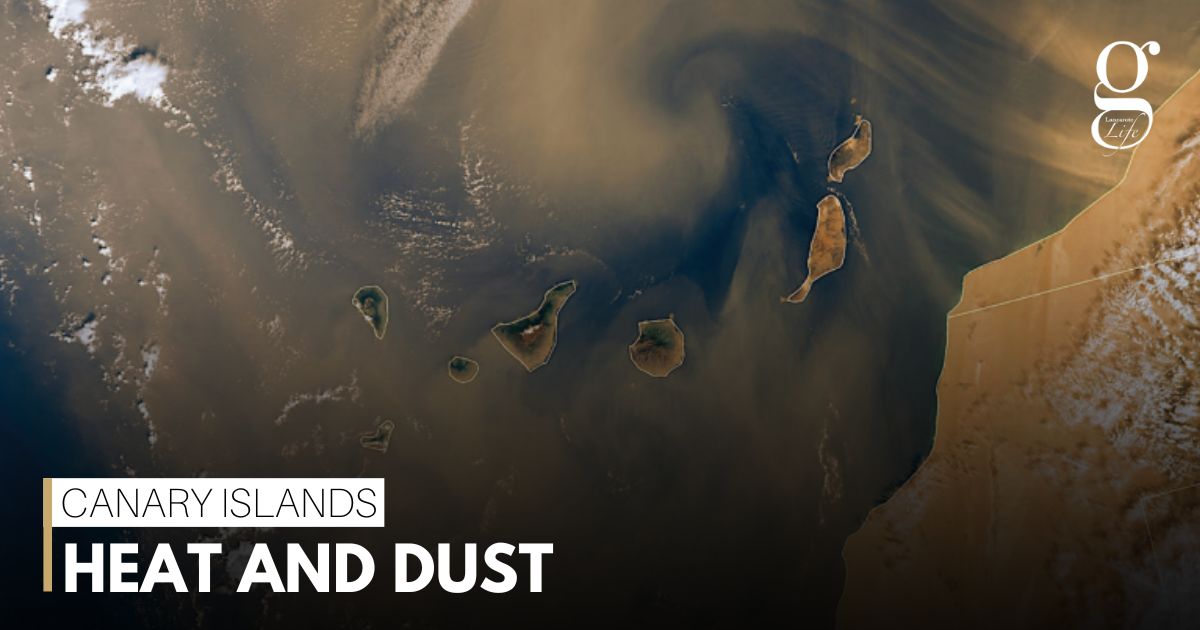 July was Spain’s hottest year since records began in 1961, according to the national meteorological agency AEMET. “What we’ve seen so far cannot be described as a normal summer,” AEMET’s President, Miguel Ángel López González, stated earlier this year.

Spain suffered two heatwaves this summer. The first, in mid-June, was described as the “most intense June heat wave for 20 years”, and has been held responsible for 829 excess deaths. The July heatwave contributed to huge forest fires and caused an estimated 1,700 excess deaths.

July also saw unprecedented high temperatures all over northern Europe, including the UK’s first ever red heat alert and a record 40.3 Celsius registered in Lincolnshire. Headlines such as “Stevenage/Manchester/Dublin is hotter than Lanzarote” could be seen, and for several days, these claims were true.

But just because the British Isles were hotter than Lanzarote doesn’t mean it wasn’t hot here, too. Lanzarote had one of its hottest Julys of the century, with an average of 26.1°C over the month; a figure which was only exceeded by the 27°C average in 2009 and matched by the 26.1°C average of 2004. Drought also remains a concern on the island, with 2022 being an extremely dry year so far.

However, for many on the island it wasn’t the heat and aridity that was most annoying, but the almost constant presence of light calima conditions, which prevailed throughout July and much of August.

What is a calima?

A calima occurs when air from the African mainland moves over the Canary Islands, bringing microscopic particles of dust from the Saharan desert. Sometimes calimas are thick and heavy, covering everything on the islands in a light film of dust and reducing visibility drastically. At other times they are lighter. A glance at the sea will often give you an idea of conditions – the hazier and fuzzier the horizon, the more dust there is in the atmosphere.

There have certainly been more calimas this year than usual, leading to worries that global warming may be permanently changing the nature of weather on the islands. An influential 2007 study claimed that climate change caused by global warming was behind a rise in temperatures, an increase in calima episodes and the weakening of the predominant northeastern alisio winds, which usually keep the African winds at bay.

However, while warming and climate change is not disputed, other studies have suggested that it may not be linked to calimas. A 2015 project analysed traces of Saharan dust on Tenerife and discovered that there were more calimas in the 1940s and 50s than today. Records of visibility at the airport also suggest that the 1980s also saw more calimas than usual.

Predicting the weather in the Atlantic is an incredibly complicated matter. At this time of year, added factors such as the Atlantic hurricane season, which usually reaches its peak in September, can have knock-on effects on the islands. Phenomena such as the La Niña weather system, now in its third year, also make long-term predictions more difficult.

The effects of climate change

Scientists are in no doubt that climate change exists. However, what effect it is having on Canarian weather conditions is much less clear.

It is already having an effect on certain aspects of Canarian life, though. Earlier this year, Bodegas El Grifo harvested the first ever winter grape crop near Playa Quemada. A hard prune in October instead of February spurred the grapes into producing of fruit in late March.

There’s already evidence that one of the reasons that migrants from Morocco have chosen to risk their lives coming to the islands is because years of drought in their homeland has destroyed their agricultural way of life. If conditions in North Africa become more difficult, migration is likely to increase.

Rising sea levels are also predicted to have an effect on beaches, making the stripping away of sand a more frequent phenomenon.

Abel López, a researcher at the University of La Laguna in Tenerife believes that one of the main effects of climate change will be an increase in extreme weather conditions. For the Canaries, he predicts that there will be more heatwaves and, although rainfall is likely to decrease, downpours are likely to be more intense.

López has also expressed concern about how tropical storms are getting closer to the islands each year. The only storm that has hit the islands so far was Delta in 2005, causing 361 million Euros of damage and killing 19. This historic event for the Canaries prompted huge concern about climate change and its effects on the islands.