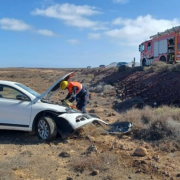 Yesterday afternoon a driver lost control of their vehicle on the LZ-2 between Playa Blanca and Yaiza, leaving the road at speed. 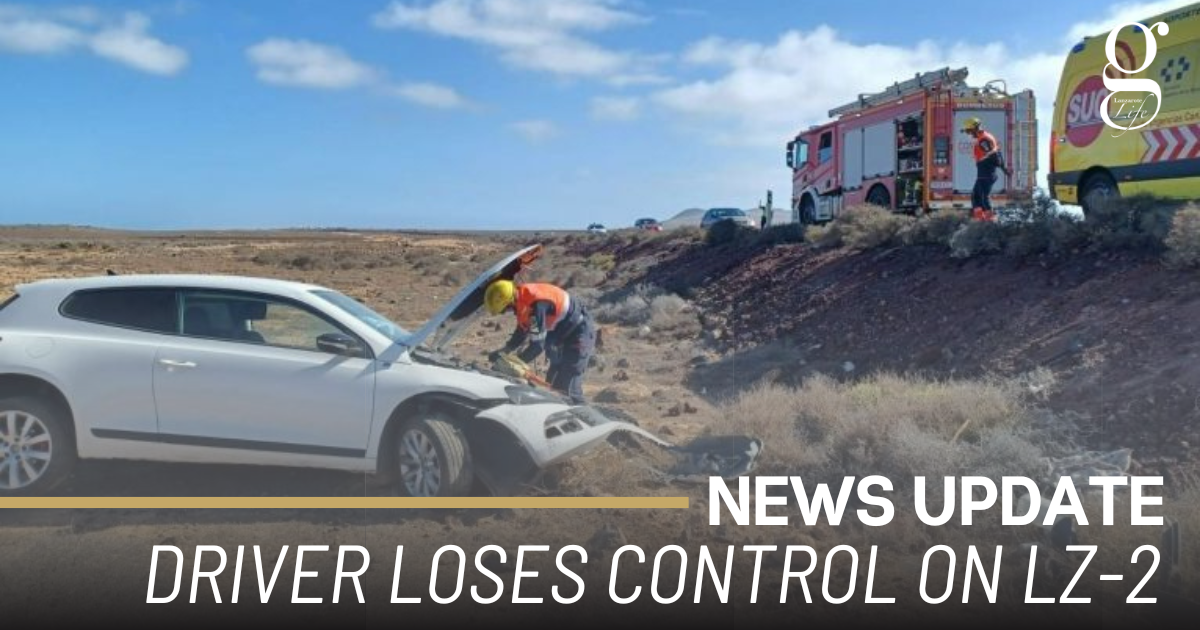 A driver of a small two-door car had lost control on the LZ-2 yesterday afternoon, driving between Playa Blanca and Yaiza. The driver had left the road after losing control.

Luckily the emergency services were able to quickly arrive at the scene and attend to the injured driver. The front end of the car was damaged but it didn’t roll.

The driver was treated by paramedics as firefighters controlled the scene. The cars battery was disconnected and a perimeter was set up around it.

Make friends and discover Lanzarote on a bike!
Playa Blanca – a quality resort

United Airlines inaugural flight to the Canaries
Scroll to top