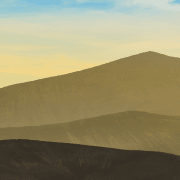 In May’s Gazette we speculated that the low incidence of coronavirus in the Canaries could have been assisted by the heavy calima (Saharan dust storm)  that caused a “mini-lockdown” three weeks before the official coronavirus lockdown.

Now that idea has been supported by an official study, carried out by several Canarian experts and authorised by the health committee that advises the Canarian Government.

Their theory is that official advice to stay indoors during the worst calima in 40 years  could have helped to prevent transmission of the disease, and that the Carnival of Santa Cruz de Tenerife, which did take place that weekend, may have served as a focus point for contagion that explains the higher incidence of cases on that island.

The calima took place from the 22nd to 24th of February, and was one of the worst in living memory, with authorities advising residents to stay indoors. Many chose to do so, unwilling to venture out into the thick fuzz of reddish Saharan dust.

However, the western islands were less-affected by the calima and, while Gran Canaria’s capital Las Palmas cancelled its vcarnival, the day carnival in Santa Cruz de Tenerife on Saturday 22nd February went ahead.

Researchers point out that coronavirus cases had been roughly  equal in both the major islands until a week after the calima. They suggest that the virus may have been passed on at the carnival by younger people, who are often asymptomatic, and that the cases only showed up a week later – the approximate incubation period of the disease.

Since the carnival, Tenerife reached a level of 108.7 cases for every 100,000 residents, while the amount in Gran Canaria was 44.

The study does not address the fact that Lanzarote held its largest carnival parades in Arrecife and Puerto del Carmen shortly after the calima, yet escaped with far fewer cases than Gran Canaria. However, this could simply be due to the absence of cases on Lanzarote in the first place.  The first two cases of Covid-19 on the island were tourists who had just flown in from Madrid,  and were recorded on March 12th – over two weeks after the calima and the local carnival parades.

The study also claimed that the lockdown established on 14th March “substantially reduced” transmission of Covid-19 on the islands, saying that the virus required mobility to be propagated. The researchers referred to another study which analysed data from 13 million mobile phones and discovered that those regions with most connectivity to Madrid were the worst affected by the virus.

This conclusion has also been reached independently by a study from the Imperial College in London, which claims that lockdown measures across Europe may have saved 3.1 million lives, among them 450,000 in Spain.

Bouncing Back: The Grandfather Bar
Scroll to top