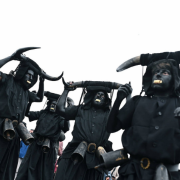 The Diabletes of Teguise have already been out and about this carnival season doing what they do best – scaring people. Several children who attended Arreicife’s traditional carnival yesterday were left nervously giggling after a Diablete roared at them, and plenty of adults and children received a light thump with a leather bag on a stick. 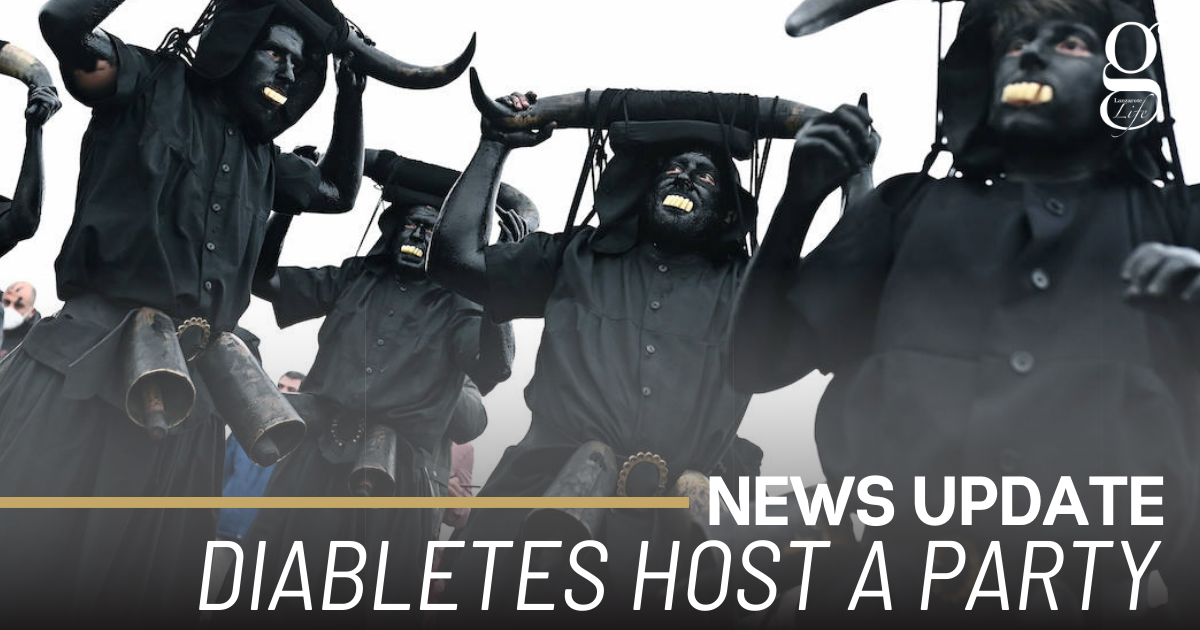 But tonight, at 8pm, the Diabletes will host some equally terrifying carnival traditions from the rest of the Canaries and Spain at the Traditional Carnival of Teguise, which will be held at the Plaza de la Constitución in the centre of the old town. .

Their guests of honour include the Diablos de Luzón from Guadalajara – fearsome, all-black devils with ugly protruding teeth and bulls’ horns. These monsters caper , leap and terrify onlookers, but never bother the mascaritas – women with oddly creepy, blank white face masks with holes for eyes and mouth.

Then there are the Carneros of Tigaday from El Hierro , a group of “rams” dressed in shaggy sheepskins ands skull masks, who are led by a mad shepherd who drags a sword and chains along the ground. The rams terrify onlookers and sometimes chase them, hold them down and rub black colouring on their faces.

Other guests of the Diabletes will include their near neighbours, the Bulls of Tiagua, an old family tradition from the heart of the island; Los Buches from Arrecife, waving their inflated swim bladders in the air, and the Traditional Carnival of Gran Canaria.

Carnival will continue in Costa Teguise on Saturday, with a family carnival in the Ampitheatre at Las Cucharas from 11 am. At 7.30 pm in the same place there’ll be a Grand Gala, with drag queens, batucadas and comparsas.

Sunday at 6pm will see the Burial of the Sardine in Arrecife, as a large deceased papier maché fish is escorted along the seafront accompanied by dozens of its wailing widows before being cremated on a big bonfire at Playa Reducto.