The first demolition of an abandoned hotel has commenced in Costa Teguise. 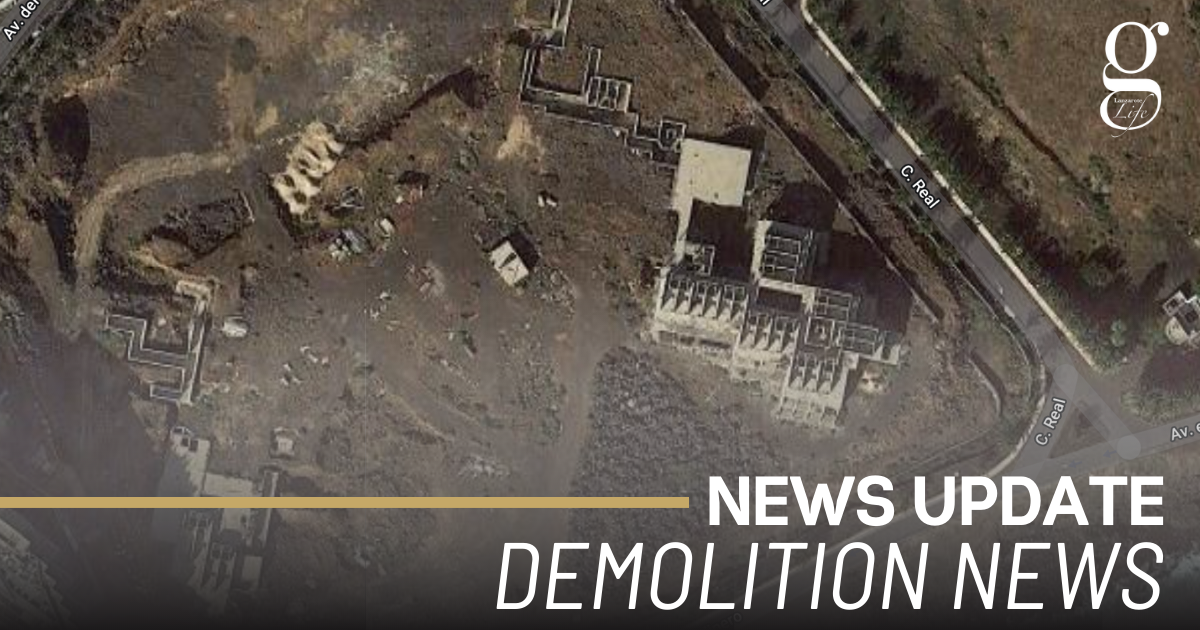 The construction in question is on Plot 210 in Costa Teguise, between the King’s House at Las Maretas and the Barcelo Lanzarote Active Resort Hotel. Originally intended to be a five star hotel for 600 guests, the project was declared illegal in 2007. In 2013, Gran Canarian businessman Juan Padrón declared that the economic crisis of 2008 had led him to put the plot up for sale and give up on the idea of being a hotel owner.

Marcos Bergáz , of the Socialist opposition in Teguise, demanded that Teguise Mayor Oswaldo Betancort explain why the hotel “had been left standing for more than ten years, damaging the image of Costa Teguise” and called for immediate action on the remaining “skeleton hotels” in the resort.

Meanwhile, in Arrecife, the concrete fence surrounding much of the Puerto Naos area in Arrecife will be removed. The fence, which consists of oddly twisted concrete posts, has had a difficult history, criticised by locals for entirely blocking off any views of the sea and the port area.

The constructors of the wall were also fined for plagiarism, after it was discovered that the design had copied similar projects in Gran Canaria and Fuerteventura; and safety officials declared that the spaces between the posts were too large, posing a potential hazard to children.