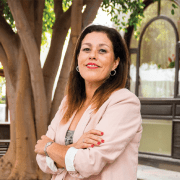 According to official figures, Arrecife is the main focus of coronavirus infection on Lanzarote with 198 of the island’s  221 active cases. However, is it really true that nine out of ten cases on the island are in Arrecife?

Yesterday, the Ayuntamiento of Arrecife stated that “The numbers that the Canarian Health Council provide about carriers of the virus in the island’s capital do not all represent real residents of city.”

The capital’s Ayuntamiento pointed out that the figures include “all the visitors” to the island who test positive. When individuals have no official residence on the island,they are instead allocated to the centre where they tested positively, and on Lanzarote this will be at the Dr José Molina Orosa Hospital in Arrecife. As a result, Arrecife’s figures would include all the tourists and migrants who have been classed as “imported” cases by the Cabildo until recently.

Until this weekend, the Cabildo’s coronavirus information page, lanzarotecovid19.com,  provided information on whether cases were imported or locally transmitted, and “imported” cases were separated into Spanish tourists, foreign tourists and “Sub-saharan migrants” . However, this information was not updated for several days and the relevant part of the website was removed at the weekend. As a result, information about the provenance of infections is no longer available ( this information has never been provided by the Canarian health council itself.)

As a result, reliable information about the real amount of infections in Arrecife is impossible to obtain.  Nevertheless, with 63,000 residents– almost three times as many as the next most populated municipality, Teguise – it would be surprising if Arrecife was not the most-affected part of the island.

However, although Arrecife’s Mayor, Astrid Pérez has asked press to bear the above facts about Arrecife’s statistics in mind when reporting on the city, she has also made it quite clear that she is aware of the risks that the capital faces from recent outbreaks. At a meeting yesterday she said “I don’t want to be a scaremonger, but it would also be irresponsible not to inform Arrecife residents that the situation is worrying.”

Pérez said that, at the moment, there was no need to reintroduce lockdown measures to neighbourhoods of Arrecife. “The situation is not that serious yet,” she said, “But we’re getting closer to that point.”

If you’re planning a trip to Arrecife , remember that today is the feast day of San Ginés – a public holiday in the capital.