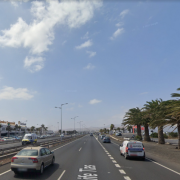 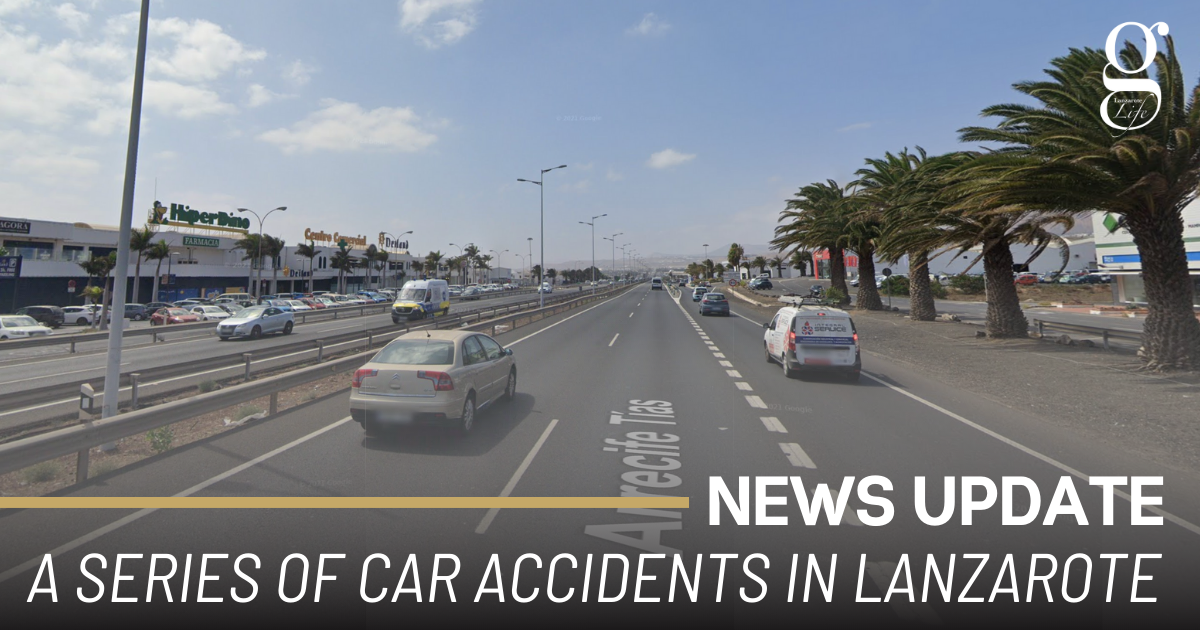 None of the three passengers were injured.

A young woman in her 20s overturned her car this Monday on the LZ-301.

According to our reader, who had witnessed the crash as it happened, “I was driving up the hill as the car skidded off the road then overturned several times as it came down the hill. It was a woman who was pulled from the car. It was also us who called the emergency services, whilst it was still rolling.”.

The woman received medical attention in an ambulance before being taken to the main hospital in Arrecife.

Man injured after crashing on the LZ-2

A man was injured after his vehicle overturned on the LZ-2 yesterday. Emergency services received a call at around 12am, where they would later arrive at the scene to help the injured driver.

He was removed from the vehicle, treated in an ambulance and then taken to the main hospital in Arrecife.

The car was later removed from the road by firefighters.

Two cars collided with each other in Playa Blanca yesterday, with one passenger receiving treatment for severe neck pains as a result.

At around 8am on Wednesday morning emergency services received a call about a collision between two cars which had takne place on Calle Francia in Playa Blanca.

One of the persons involved was taken to hospital with severe neck pain.