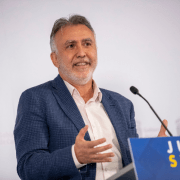 María del Pilar Pérez, aged 81, became the first Lanzarote resident to receive the Pzifer/ BioNtech vaccine yesterday at a nursing home in Haría. The injection was administered just before 3 pm, as six elderly women on each of the other Canary Islands also received the first doses of the vaccine. 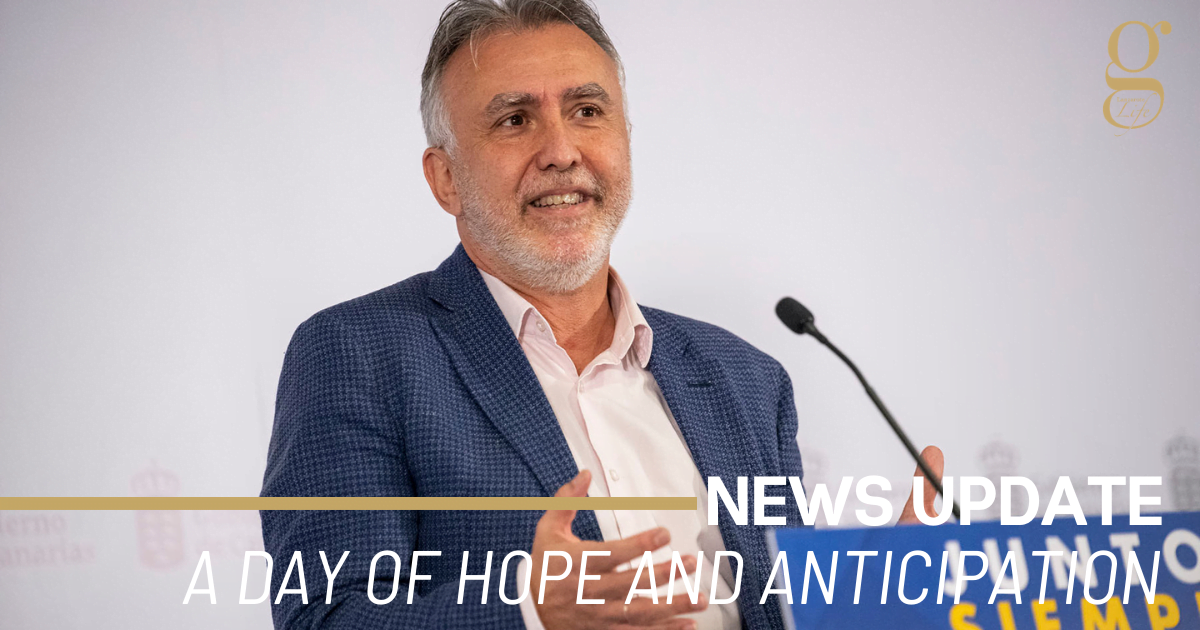 It was a day of firsts throughout Spain and further afield, as vaccination programmes commenced throughout the European Union.

María was the first of 65 residents in two Lanzarote care homes to be vaccinated yesterday, after the vaccine was flown into the island by helicopter and immediately transported to the north of the island.

Canarian President Ángel Victor Torres said “Today is a day of hope and anticipation” and announced that the islands would receive 13,750 does of the vaccine every week until March. First to receive the vaccine will be 15,000 residents and workers in care homes, followed by 30,000 health workers, with the rest of the population receiving the vaccine “in order of vulnerability.”

Torres remembered the 400 victims of Covid-19 on the Canaries, and insisted that vaccination was the best way to stop further deaths from occurring.

Spanish Health Minister Salvador Illa was more cautious, saying “This is the beginning of the end, but there are some hard months ahead.” He encouraged people to support the vaccination programme and guaranteed that the vaccines fulfilled safety standards, saying that “no step has been missed”.