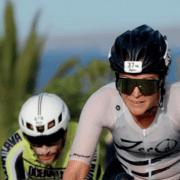 Ten years ago, shortly after arriving on Lanzarote with her young daughter, Gemma Haywood wondered why she seemed to have developed an Adam’s apple. The terrible explanation arrived when she consulted her doctor, who diagnosed her with thyroid cancer. 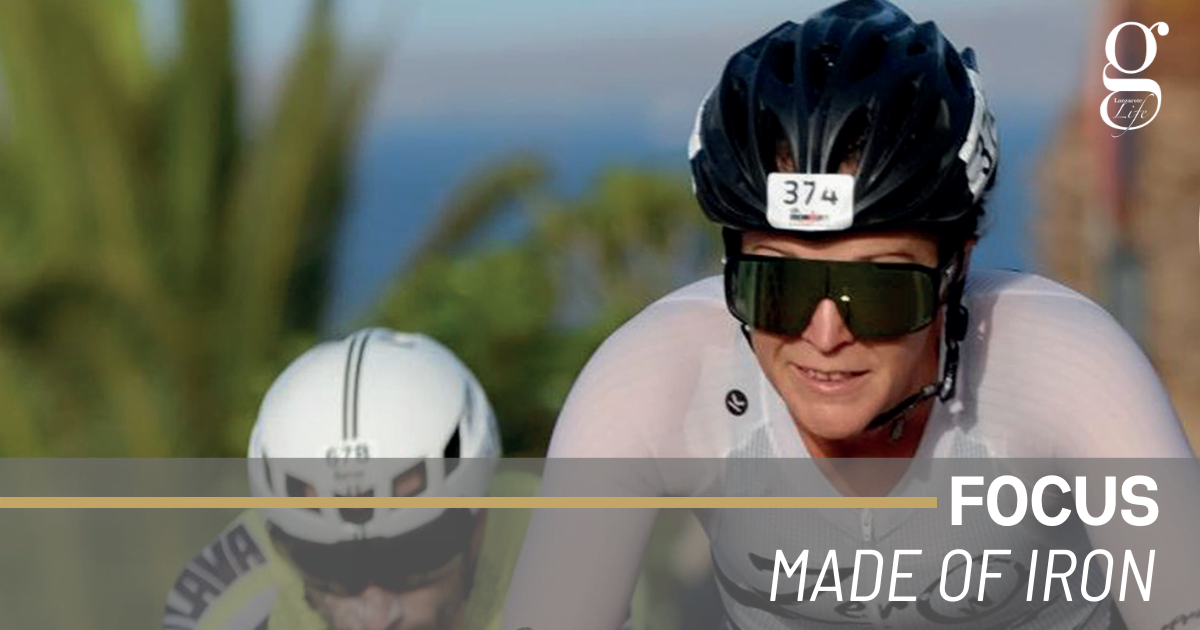 Thyroid cancer is rare, but fortunately it is one of the more treatable cancers. After an operation and a course of radiotherapy, Gemma was finally given the all-clear four years later.

“I never thought of leaving the island,” Gemma says, relaxing at a café in Costa Teguise, where she runs the bar at Club Tahiti. “It was horrible, but I love it here, and everyone came together for me.”

Gemma’s taking it easy for good reason. We met her five days after she completed one of the toughest Lanzarote Ironman races in recent years. Recovery is important for all athletes, but when your immune system has been weakened by cancer and its treatment, it’s crucial.

The idea of completing an Ironman first occurred to Gemma two years after her diagnosis. She was having a beer and watching the race with a friend when she decided to take part before she reached the age of 40. “I thought “I’ve got eight years – no hurry -” she laughs.

However, Gemma ended up leaving it to the last minute. She was ready to tackle the race two years ago but fell ill six weeks before. “I still thought I could do it, but I knew that it would take me months to recover fully. Then last year, of course, we had the lockdown and the race was cancelled.”

The delay was also explained by practical reasons. As Gemma’s daughter grew older and more independent, she had more time to focus on the race. “Triathlon is a really selfish sport,” she says. “I’m training for 25 hours a week, and it would be impossible without a support network.”

Her coach, Miguel Prados – Zero Wattios who manages Centro Deportivo Fariones, is a key member of that network. “If you’re going to do an Ironman, my first tip would be to get a good coach,” says Gemma. “Miguel’s amazing – he doesn’t distinguish between elite athletes and normal ones like me. He just gets you to where you need to be. I’ve learnt so much from him – I didn’t even know how to change a wheel on my bike before.”

The Ironman is tough at the best of times, but this year’s race, postponed until July, took place in strong winds and sweltering summer heat. “I knew it would be hard,” says Gemma, “But that was brutal.”

The ordeal started immediately, in the thrashing confusion of the swimming stage, where Gemma suffered a cut lip and a bruise on her head. Gemma was a keen swimmer as a girl, and this, along with the cycling, are her favourite stages, but even she was surprised by the experience of the swim, which is impossible to train for. But it was the final marathon stage where Gemma faced her most gruelling challenge.

Just over 800 athletes started the race this year, and 160 of them didn’t finish. During the race, Gemma passed much more experienced athletes who had quit, and a Russian racer asked her in shock “Is this normal?”. But still she managed to carry on, finally crossing the finish line after 13 hours and 55 minutes and coming fifth in her age group.

Her first reaction on crossing the finish line? “Shock. I thought “Have I just done that? Then I fetched my bag, found my friends and went for a pizza and a beer!”.

Gemma has now started raising money for cancer charities on the island, such as Pequeño Valiente. And, although she has no plans to repeat the Ironman just yet, she’s off to Fuerteventura for a mountain bike challenge and is considering entering the Ironman 70.3 later this year.

Does she want to thank anybody? “There are too many to list,” Gemma says, “Just everyone, really. The unbelievable support I received made me fall in love with this island all over again.”

Gemma’s keen to help anyone who wants to follow her footsteps. “If you don’t know where to start or lack confidence, feel free to get in touch. If I can, believe me you can!”

Life’s a beach
Scroll to top