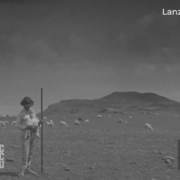 Previously unseen film of Lanzarote in the year 1925 has been released by Lanzarote’s Digital Memory project. 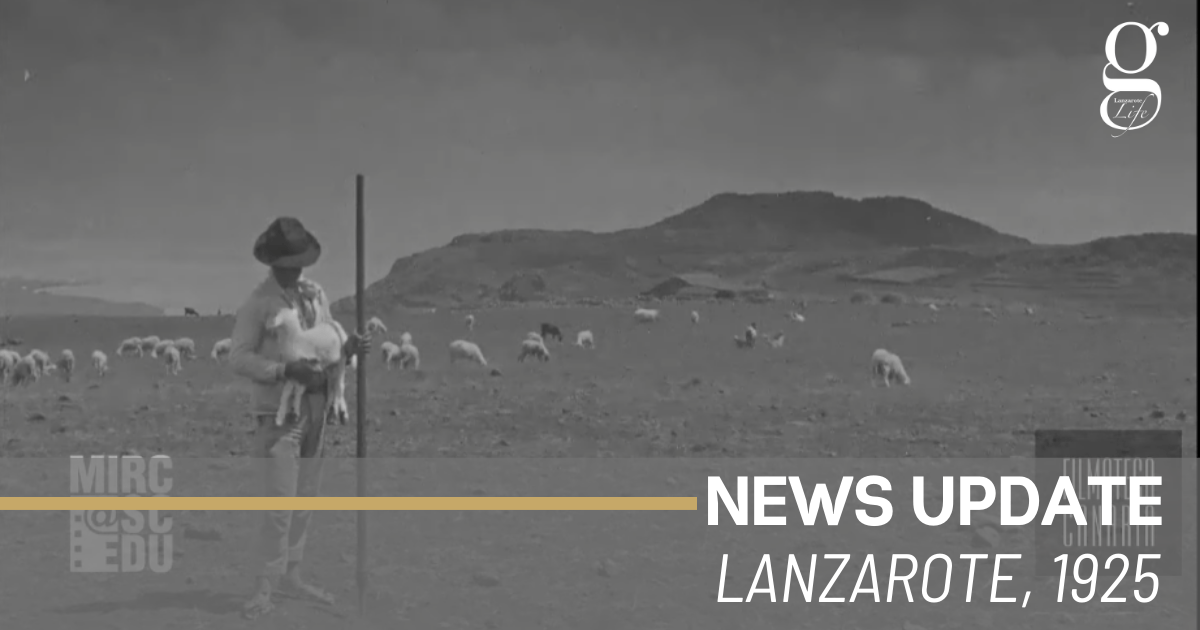 The short film features extracts of film from a documentary that the cameraman Ben Miggins filmed on the island in August 1925 for a documentary on the Canary Islands that was released in 1926 (no copies of the finished film have survived).  The footage was rescued and conserved by the University of South Carolina, located by the historian Agustín Miranda and edited by Filmoteca Canarias.

The short film shows how water was unloaded at Arrecife harbour, with several camels being loaded with barrels and an officious policeman ordering people about. A huge steel structure can also be seen at the harbour.

There is also footage of a man astride a small donkey and two women on a camel in Tías, a young shepherd holding a lamb in Haría and views of the Volcán de Tahiche, Yaiza and Los Valles, which was one of the wealthiest parts of the island at that time.

The film illustrates the reliance on beasts of burden due to absence of motor vehicles, and the rather formal dress of the islanders. All adults are wearing hats, with men sporting wide brimmed felt sombreros (one of which is described as a “Tom Mix hat” after the cowboy film star of the time), while women wear traditional palm-woven hats, shawls and head coverings. A glimpse of Yaiza’s windmill in operation also shows how power was generated before electricity.

This is Lanzarote before tourism was practical or possible– an agricultural island where life was a tough scrabble for many. Yet it is also an island whose landscapes remain instantly recognisable – the opening scenes of the film, which show the profile of the island from the sea,  could have been filmed today

The film is another important discovery for the Digital Memory project, which hosts many other fascinating videos and thousands of photos that show Lanzarote in the age of the camera.

See the video below: